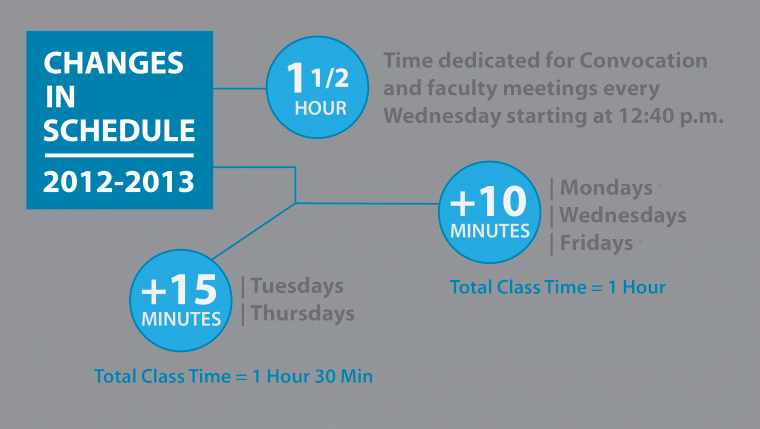 Being a collegiate athlete isn’t just fun and games.

We too are expected to go to class and maintain academic standards, all while putting in countless hours at the gym, weight room and watching film.

As with everyone here at Simpson, athletes are being affected by the recent curriculum and class schedule changes. Starting next year, classes will be an hour long on Mondays, Wednesdays and Fridays and an hour and a half on Tuesdays and Thursdays.

This will cause classes to go later into the afternoon than we have become accustomed to, resulting in altered practice schedules.

This is nothing new to us. The transition from the Brenton Student Center to the Kent Campus Center has taken a toll on athletes’ schedules as well.

At the beginning of the season, the court in Cowles Gymnasium was used by the volleyball team and both the women’s and men’s basketball teams. Volleyball got the “normal” time slot of 3:30 and the men’s and women’s team alternated every week between 6 a.m. and 6 p.m. practice.

I don’t hate much about being an athlete, or I wouldn’t be one, but if there is one thing I do hate it is morning practices. There was clearly no other option and we got through volleyball season and back to whatever normalcy there is in a college student’s sleeping pattern.

In hindsight, this was a very small price that we had to pay to be able to have a state of the art facility here on campus.

I anticipate a similar experience with the new class schedule. Yeah, we may have to practice at 4:30 p.m. instead of 3:30 p.m., and yes, at times we will get done with practice after the fine dining facility we know as Pfeiffer has closed.

This may not be such a bad thing, after all.

Don’t get me wrong here. I’m not advocating sitting in a classroom for an hour, let alone an hour and a half. However, the administration has determined this is necessary to maintain Simpson College’s reputation as a premier private college in the Midwest.

From an athlete’s standpoint, we will be affected very minimally by this change, just as all students when we have accepted longer classes are a reality.

While these changes will cause our teams to make adjustments to our schedules, we understand that we are student-athletes. We are students before athletes, and we will do what ever it takes to represent Simpson College to the best of our abilities on the court and in the classroom.

Even if this means practicing a little later into the night, or even at the crack of dawn, I’m positive we will work through it and bring home numerous Iowa Intercollegiate Athletic Conference championships where they belong: Simpson College.

Jamie is a junior and a member of the Simpson women’s basketball team. She majors in economics.