The Sports Page under new ownership 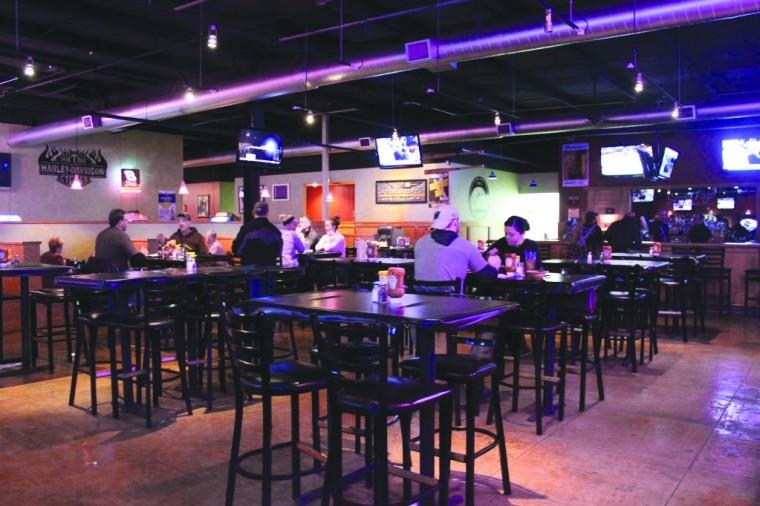 The Sports Page and The Brickhouse officially have new ownership.

The multiple branches of the restaurants are now co-owned by Joe Ripperger and Amanda Long.

However Ripperger is not a new face around the company.

“I’ve worked for the company for six and a half years as a manager, been working for the actual company for nine years,” Ripperger said.

This new ownership is something that has been in the works for many years.

“It started about six years ago Joe became manager with The Sports Page,” Long said. “He had been a server for three years and they asked him to take the position. He told them ‘I want to take it, but what can I do to be in your position someday?’ So at that point they put together a program where every year he was manager he gained a percent, and then had the option to buy between year five and seven and this is year six.”

Ripperger has been making decisions for the restaurant since he became manager.

“Over the past few years Joe has become the ultimate decision-maker,” Long said. “So a lot of the things that are in place right now we’ve done with the help of J.R. and Heather (the previous owners).”

There will be no immediate changes as a result of the change in ownership.

“A lot of the changes that have been made are things that were my ideas so the change isn’t going to be that extreme,” Ripperger said. “There are some changes that will happen obviously. We constantly have to keep things changing to give the restaurant facelifts and that’s something that we’ve done since we opened in ’99.”

The Sports Page is a large sponsor of Simpson College events.

“To be perfectly honest with you, in this town we have created a very good partnership with Simpson College,” Ripperger said. “We do a lot with the advertising in the athletic department. We stay very active in everything that’s going on. We donate to about anything that they come to us with; we host intermural pool games, sponsor different things like that.”

Sponsoring Simpson events has been beneficial to The Sports Page in the past.

“Utilizing Simpson is great for us,” Ripperger said. “The more people we can get, you know? If it’s not you guys coming in as students, it’s parents bringing their kids when they come and take them out.”

“The recognition and the after-game crowd that we get in from a football game or a basketball game or something like that just makes it well worth it for us,” Long said.

Along with advertising at Simpson, they plan to advertise on Fampus.com.

“It’s not something that just anybody can look at. So we can advertise certain specials that only Simpson College students will see and that’s what’s great about it. We’re going to utilize that a lot going forward to help promote not only events or specials out here (at The Sports Page) but events and specials at the Brickhouse, too.”

The Brickhouse is also very involved with Simpson College.

“I don’t know what all they used to do but they have College Night about once a month, they usually bring a DJ in for that and have discounted drinks,” junior Ashley Myers said.

The recent remodel of The Brickhouse will be beneficial for events like college night.

“We’ve tried (College Night) before and it kind of fizzled out,” Ripperger said. “We’re trying to do different things to change that. Our facelift that we have there makes that more of a place that we can really do what we want with College Night.”

Ripperger and Long plan to continue this connection with Simpson.

“We just hope to keep our good relationship with Simpson that we’ve created over the years and potentially get more students to come out, play pool, have a few drinks if they want,” Long said.

Myers has noticed the new owners seem to be more involved.

The Brickhouse,” Myers said. “If we’re having a really busy night, sometimes they’ll step into the kitchen and help us out.”

Along with The Brickhouse and The Sports Page in Indianola, there are branches in Winterset, Ankeny and Pella.

“We oversee those and Joe goes and visits each store once or twice a week,” Long said. “I try to but I stay in the office for the most part and take care of all the financial.”