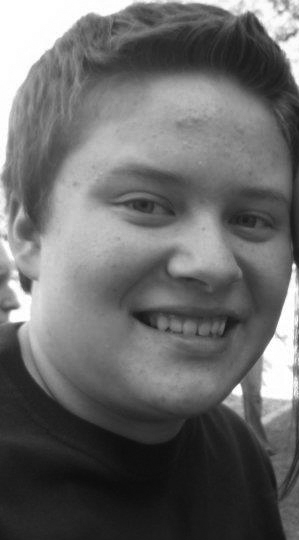 On Simpson’s campus, it is pretty hard to miss that March is Women’s History Month.

One of the greatest things about history is that it allows us to see where we have been, where we are, what we don’t want to go back to and where we don’t want to stay. Gender equality (or rather, the lack thereof), is what is prevalent to me during Women’s History Month.

I’m passionate about gender equality, though I find it interesting that I even have to say that. Equality seems like something that a society as “developed” as the United States would have under control–especially since equality is what this country prides itself on.

But I’m reminded every day that this simply is not the case. There truly is a need to be passionate about gender equality.

I know it’s easy for male readers to check out here because this whole month is about “women’s issues,” but hang tight for a moment.

I admit that I may often have a skewed notion of where we really are on the level of equality between women and men, simply because I am male.

Those who argue that men should not be a part of the women’s movement are right about one thing–men don’t know the oppression that women do (at least, not in the same way, but that’s another story for another time).

However, I believe that’s really the only accurate idea from this standpoint.

Last semester, I came up with a theory that may be one of the most important things I’ve learned at Simpson, and that is that it takes a diverse community to make a change.

No matter how powerful or awesome I may think I am, I can’t make significant strides toward equality alone. They also cannot be made by any other man or woman alone.

Obviously, I am not great enough to single-handedly change the world. I’m guessing you all knew that.

But here is my reasoning for the diverse community: if it were all men attempting to create gender equality, it would inherently still be oppressive.

And if it were all women trying to create equality, it wouldn’t matter because they, unfortunately, aren’t the one’s with the majority social/political control.

The only way for gender equality to become something other than a figment of our imaginations is for men and women to work together.

This isn’t and won’t be easy. It will require a lot of changes (though isn’t that what we’re after anyway?).

Masculinity and femininity can no longer be seen as polar opposites. This list goes on and on.

So what do we do with it?

Well, one of the things I love most about Simpson College is the number of opportunities that it provides. Found all around campus are nifty little posters that display all of the forum events taking place during the next couple of weeks.

Attending one of these (or all of these) events is a start. Actually, it’s a good start.

But, if you’re feeling up to a challenge, in addition to attending an event, try this: refrain from making rape jokes or calling people pussy, bitch or any of the countless gendered words that have become derogatory.

Refrain from showing off masculinity in attempt to make yourself feel better than others or to intimidate others.

And lastly, actively pay attention to those around you; do your best to see them as equals regardless of gender, gender identity, race, sexual orientation or anything else that can get in the way of seeing a person as a person of worth.

Brett is a sophomore with a religion major and a minor in women’s studies. He participates in Religious Life Community and is a United Methodist Service Scholar.