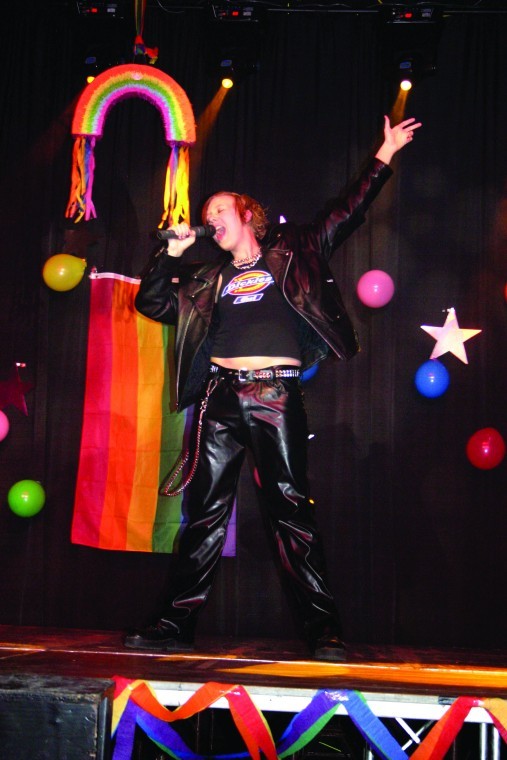 This Campus Day Eve, April 3 at 10 p.m., the Lesbian, Gay, Bisexual, Transgender, Questioning Alliance (LGBTQA) will once again be hosting The Drag Show.

The show is an annual event held during the spring. After the event was canceled last year, The Drag Show is back and looking for participants.

“The Drag Show is a lot of fun,” senior and LGBTQA president, Tierney Israel said. “You don’t have to be good at dancing or drag, just come out and give it a try. Students who participate can also win $100 for first place, $75 for second or $50 for third.”

The Drag Show gives students the opportunity to be a part of something different that many students may never have the chance to experience otherwise. Simpson College alumnus Drew Riebhoff has taken an active role in promoting the event.

“I loved my time at Simpson and had a blast every time I competed in The Drag Show,” Riebhoff said. “I wanted to stay involved to ensure that this event keeps going on and students have a chance to see some professionals also in action.”

Students who have not attended the show in the past may not know what the event is about, but LGBTQA members encourage students to come and experience something new.

“This event is a fun way for students to be exposed to a different culture,” Israel said. “Many students would never witness a drag show if we didn’t have one. The first drag show I saw was at Simpson. It’s just a lot of fun while learning something/witnessing something most people don’t normally seek out. And the awesome prizes don’t hurt in making this fun.”

Riebhoff has provided support to the LGBTQA group in planning this event, but will also perform at The Drag Show, giving the students a chance to see a professional in action.

“We’re lucky enough this year that Drew Riebhoff offered to host for us,” Israel said. “That saved us a lot of work and probably money, so we’re very grateful to Drew. There will be professional performances by Starrina Murphy (Drew) where students are encouraged to tip because Drew is doing this free of charge. Each number will be a full song with a performance by drag queens and kings.”

LGBTQA hopes that students will come and support their organization at the drag show since this is an event that is very important to members of the club and to others on campus.

“This means a time to try something exciting and try to break the gender walls that society has created,” junior Josh Busick said. “Switching genders shows that it does not really matter. Just be who you want to be.”

“I love this event,” Israel said. “It’s fun for the performers to get up and dance and it’s fun for students to see their friends dress in drag. I think it’s really great that Simpson is such a cool campus and allows us to hold events like this to provide entertainment and education.”

Even though Riebhoff is no longer on campus, this event is still important to him and he hopes the campus will support the event and develop a better understanding of drag.

“Awareness and opening eyes to what drag is really about is my goal in helping with the event,” Riebhoff said. “A lot of people just think drag queens are boys who dress up in girls clothes. There’s a lot more to it. It’s an art form. ”

Students interested in performing in The Drag Show have an opportunity to sign up until tomorrow, March 30.