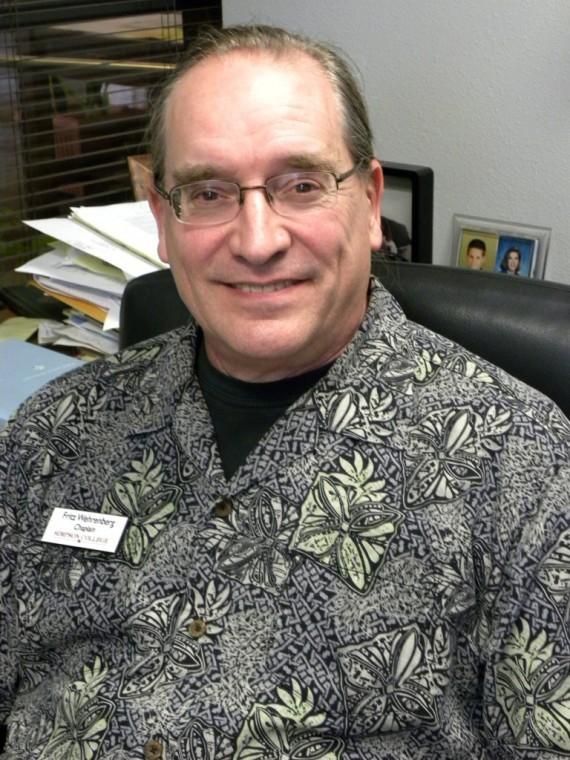 I have just returned from one of the alternative spring break trips that the Religious Life Community offered.

With nine students, I traveled to Arizona for a week focused on Mountain Spirituality. We were going to climb a couple of mountains (the students were far more successful at this than I), orient our treks around several spiritual frameworks in which mountains play an important role and focus our attention on the spiritual in peak places.

One of the critical decisions we made was to turn off all electronics on Sunday evening through Friday morning – we were to have no digital connections during our week: no phones, no computer, no email, no Facebook, no texting and no music. A digital camera for picture taking was allowed.

I found myself thinking about what would cause a group of students to turn off everything for a week in order to attend to the week’s focus. This was clearly a group decision, not something that was imposed upon them.

What was it about a week climbing mountains and attending to matters of the spirit that allowed the students to make such a decision? What is it about the digital world that might inhibit participation, interfere with mountains and spirituality?

As I pondered these questions throughout the week, there were several dynamics that became visible. First, the nine students were interacting more directly with one another as they offered their full attention to each other. The community that formed had a different pulse and vitality. We interacted more openly as we could not post our experiences individually with those who were not present.

There was a greater sense of intimacy because we only had each other and not the digital community we have formed in the cloud.

Second, it was clear that climbing mountains is a very different experience from that of admiring them from a distance or looking at them on a screen. We began to experience place differently: where we were was not just a location at which we had arrived through Google maps or GPS.

The place itself had meaning, especially when the effort of arriving at such a place was so great. Our perspective changed as the elevation increased and, the students testified, there was nothing like summiting after hiking and climbing three miles with an elevation difference of 2,800 feet. You had to be fully present and committed to this.

Third, we began to discern that matters of the spirit and spirituality require this presence. Here I am using “spirit” as that movement within us which touches our most genuine and personal self. “Spirituality” refers to our deepest held values and our most intimate self. In this sense we are all spiritual. I experienced a community of 10 people willing to explore and expose the spiritual more explicitly as the week progressed.

I do find myself wondering about the barriers that the digital world potentially creates, blocking us from this exploration, from this practice of community. I wonder what it would do to Simpson if we all shared a digitally free day once a week or for one week each semester.

Would our conversations change? Would we be more attentive to ourselves, to one another, and to our world? Would we be more willing, possibly even more able to interact with those around us in the very place where we live and work? I wonder.

Fritz is the campus chaplain at Simpson. Before coming here, he spent 13 years in campus ministry at Iowa State University and the University of Minnesota.