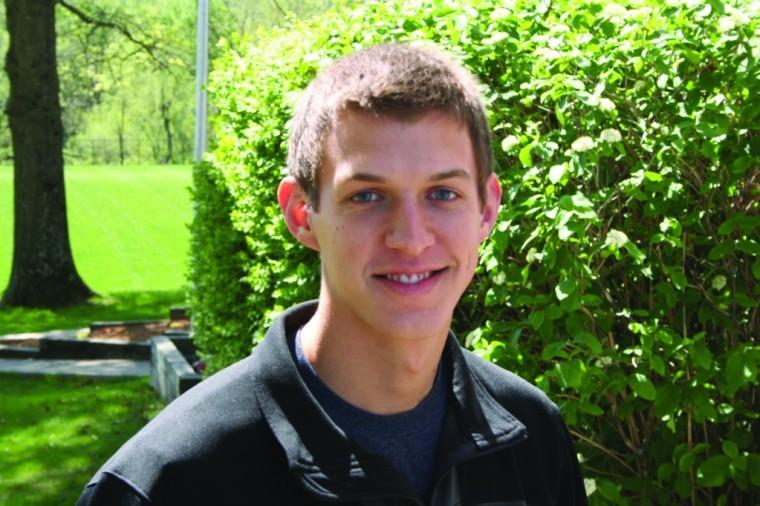 by Alex McCarty and Julia Warfield

The pair has been involved with the Student Government Association (SGA) for nearly all of their time spent at Simpson.

“I have been on SGA since I was a freshman, and I liked the role student body president played in SGA, so I felt like it was a position I would like to take on,” Freeland said.

Lane has been involved with SGA since his sophomore year and has always been very involved in meetings during his time with the group.

“When I’m at meetings I usually play (the) mediator role anyways,” Lane said. “And when you’re student body vice president you’re in charge of running the meeting and getting people to stick to the point, but I still try to get multiple opinions on everything.”

Rich Ramos, assistant dean for student activities and SGA adviser, has high hopes for the pair.

“I think that JoAnna and Ryan are going to do a great job,” Ramos said. “I think they have a great vision and they are excited about their new positions.”

The first change that the duo plans to make is how the committees that make up the organization are structured.

“We want to switch up how our committees work, because right now we have internal affairs, student affairs, academic affairs, budget and technology committees,” Lane said. “The way we do it is one class president from our group is the chair of each committee, and we’ve always had it where the freshman is the head of the technology committee.”

With the rapidly changing technology on campus the pair feels the technology chair position is better suited for an upperclassman.

“We want to change that up though because there is a lot the technology committee could be doing and a lot of the time it takes the freshman some time to get to know what they are doing and get used how to how everything operates,” Lane said.

Another main focus for Freeland and Lane is continuing the growth of the newly established Org Board within the new Kent Center.

“Org Board is made up of 10 groups,” Freeland said. “Five groups are the tier one groups who are the groups whose budget allocations are in the spring, and the other fives’ allocations are in the fall semester. The tier one groups are Greek chair, EAC, RLC, CAB and Intramurals. The other five adjust and rotate every year, and if a group was on it the previous year you can’t be on it the next year. Every organization gets the chance to be on Org Board and the leaders of the organizations get to meet and talk.”

Lane believes there are opportunities to explore to give organizations the chance to reach their full potential.

“We want to incorporate leadership opportunities,” Lane said. “Really, what we want to do is a retreat once a semester so organizations can see what they can do better or what they can utilize better and how they can work together more.”

Ramos also believes there needs to be more collaboration between groups on campus.

“One of the challenges that we know we all face is that we don’t necessarily have a collaborative calendar system,” Ramos said. “So we are going to work with all groups on campus to create a calendar of organizations’ events so that we aren’t running into circumstances where there are events overlapping with everyone competing for time.”

Freeland and Lane both agree the biggest goal for the pair and SGA as a whole is improving communication between students and SGA.

“Just to increase awareness of what SGA is doing for students and give a means of communication back to SGA,” Freeland said. “We would rather make decisions based on student input. We aren’t in meetings to talk to each other.”

The pair is excited to start their term next fall, and encourage the student body to participate in campus affairs.

“People can always come to our meetings if there is anything they are concerned about,” Lane said. “They are open meetings so anyone can come listen to what we are doing or discussing any time.”