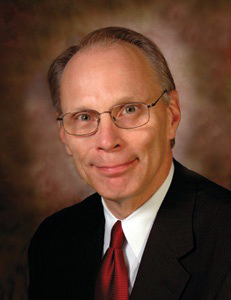 Simpson College President John Byrd informed the Board Affairs Committee that he plans to retire at the end of the 2012-2013 academic year.

Byrd began his time as Simpson College’s president on June 9, 2005 according to the Simpson website.

“I concluded that with a number of projects coming to fruition it was the right time for a transition in leadership,” Byrd said in an email to faculty, staff and students on April 10.

During his time at Simpson, Byrd said he has overseen many changes to the campus, including building the new Kent Campus Center, expanding the Blank Performing Arts Center, updating Pfeiffer Dining Hall, as well as plans for an improved fitness center and a possible new activities quad to replace C Street. Byrd also said these projects will allow the next president to “continue to move Simpson forward.”

The administration hopes these changes will attract students to the college in the future.

“I think that John has put things in place now with the new campus center with the Blank addition,” said Ken Birkenholtz, vice president for business and finance and member of the President’s Cabinet. “I’m very optimistic our enrollment is going to turn around.”

Kelley Bradder, vice president for information services, chief information officer and a member of the President’s Cabinet, said Byrd helped provide students with experience to help them in the workplace.

“John Byrd is a pleasure to work with,” Bradder said. “Under his leadership he inspired the college to envision and create a new curriculum to give students real life experiences and skills needed to be successful in graduate school or in the work force. I am looking forward to working hard in the next 14 months to see what we can accomplish together.”

Some students don’t think that Byrd’s leaving will have much effect on life at Simpson.

“I feel despite who Simpson brings in, it will be much the same,” senior Nathan Van Horn said. “The job does the same thing despite what name you put on the office door. In the end, I don’t feel as though it matters much to the students.”

In his campus-wide email, Byrd said he and his wife are looking forward to their last year at Simpson and hope to further improve the college before his retirement.

“Nancy and I feel genuinely blessed to have been given the opportunity to be a part of this wonderful community and we look forward to the next 14 months as we all work together in completing a number of important initiatives that will pave the way for Simpson’s 23rd president.”