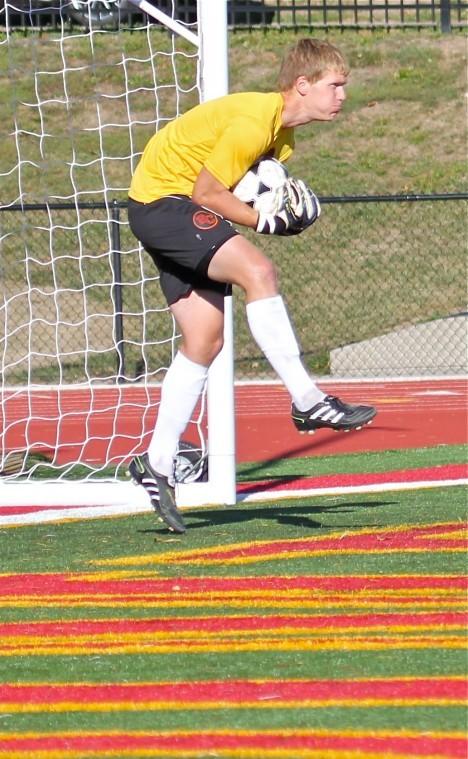 The Simpson men’s soccer team came into Saturday outscoring their opponents 16-0. Saturday’s contest against Milikin proved to be the same.

The Storm had five different players score goals including four goals in the first half as they cruised to a 5-0 victory against Milikin.

Contributions from Mark Lahart, Mark Varnum, Spencer Cook and a spectacular goal by Cody Jacobsen helped the Storm shoot out to a 4-0 lead in the first half. Louis Johnson added an additional goal in the 55th minute of the second half which helped the Storm cruise the rest of the way.

The Storm also managed to get shutouts from goalkeepers Luke Aronow and Zach Mcentee. They helped the Storm become the only team in their programs history to start the season with four straight shutouts.

The Storm came into Sunday afternoon with an undefeated record of 4-0 and not having allowed any goals all season. That came to an abrupt halt after Illinois Wesleyan scored early in the second half.

In the 48th minute, Jeff Graham scored on an assist from Kyle Gorgol to give Illinois Wesleyan the lead. It proved to be the deciding factor in the game as the Storm were scoreless for the first time this season.

Mitchell White had a shot to score late but nearly missed. Goalkeeper Luke Aronow had nine saves but his streak of shut out games came to an end.

Defense was the focal point of the match for Illinois Wesleyan as they held the Storm to one shot on goal.

The Storm close their three game home stand as they prepare to face Nebraska Wesleyan, Wednesday Sept. 12 at 7:00 p.m.