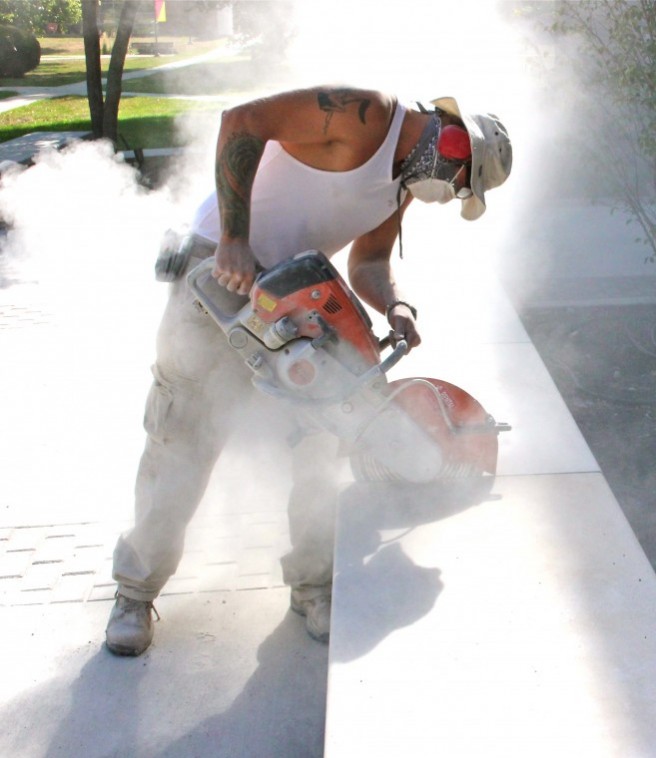 Outside of McNeill Hall, construction started from late June to early August creating an aesthetically pleasing area for students and faculty to enjoy.

This area is formally known as McNeill Plaza. The McNeill Plaza project cost the college $75,000 with the deadline of having the project completed by Iowa Private College Week.

“The biggest difficulty was trying to beat the heat of the summer,” said John Harris, director of campus services.

In addition to the McNeill Plaza, other small landscaping projects have been applied throughout various locations on campus. Spurts of crimson and gold can be seen in a flower bed outside of Hopper Gym and near the football field.

“We have a lot planned to do to the campus,” said Ken Birkenholtz, vice president of business and finance.

Simpson plans on decentralizing the steam system on campus by putting boilers in each building, said Birkenholtz. It’s more energy efficient this way and will provide more comfort for the students and staff, he said.

“This will eliminate the steam problems we have in the winter,” Birkenholtz stated.

More planned renovations include replacing all of the lights in the light poles and replacing them with LED lights. This will provide a more energy efficient way in providing light to the campus during night hours and be better for the environment.

In addition to that, all the windows and air conditioners in Hillman Hall will be replaced.

“Even in the glory of these windows, when they were first put in, they weren’t very energy efficient…by replacing them, it’s just another way to conserve energy,” explained Birkenholtz.

In another move toward energy efficiency, Kent Campus Center is going to utilize geo-thermal energy. Geo-Thermal is a form of energy obtained through extracting the Earth’s internal heat.

By the Kent Campus Center using this form of energy, it is simply another way of Simpson going green.

With the McNeill Plaza project completed and the Kent Campus Center underway for students to enjoy, Birkenholtz affirmed, “It’s a really good year for Simpson College.”