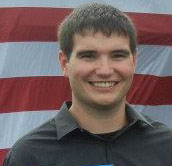 A few weeks ago, there was a buzz in the local media about the Sigma Alpha Epsilon (SAE) fraternity chapter being closed The University of Iowa by its national office.

There has been little information regarding the closing of the chapter from both SAE’s national office and the university.

Still, despite the little information presented, commentators from across the blogosphere were quick to point out that this was just another case of “endemic” negative results of Greek Life.

I wish I could tell you that the allegations against Greek Life are imaginary or false, but that is simply not the case. Too often there is a news report about a negative incident involving a Greek chapter house.

When I attended Simpson, I was very active in the Iowa Sigma chapter of SAE, serving as president during my junior and senior years, as well as in Greek Life in general.

My experience in Greek Life was extremely positive and completely opposite from the portrayal in news media and public perception. There are many Greeks active in Simpson organizations, with many serving as organization presidents.

The Greek grade point average (GPA) is higher than the student body’s overall average. In the 2012 spring semester, the Greek GPA was 3.18 compared to an overall student GPA of 3.05.

Greeks are also much more active in their communities. Last spring semester Iowa Sigma took part in over 640 hours of community service. Had I not been a member of SAE I know for a fact I would not have gotten involved in that many community service opportunities.

This dedication to community service is not limited to just my chapter, but can be seen in every chapter on campus. Simpson chapters have adopted highways. They host chartable events like the annual Arrowspike Tournament and Adoption Day.

Greek life also provides its members with a unique opportunity to experience leadership.

In the preface of his book chronicling the history of SAE, “The Era of Levere,” longtime Simpson professor Dr. Joseph Walt writes, “The general social fraternity remains the last stronghold of student-centered, student-financed and student-run enterprise on campus.”

Most Greeks will take a turn holding an elected position in their chapters. Through their experience, they gain invaluable experience and knowledge that will benefit them as the move on into professional careers.

Unfortunately, the public rarely hears about these amounts of community service, and Greeks do not do a good enough job publicizing these numbers.

Greek life is a very positive experience for college students and it makes them much more active in their campuses and in communities.

I won’t make the argument that Greek Life is for everyone, but I do encourage everyone to take the opportunity to find out about it for themselves and not make conclusions based on the stories they hear or the movies they watch.