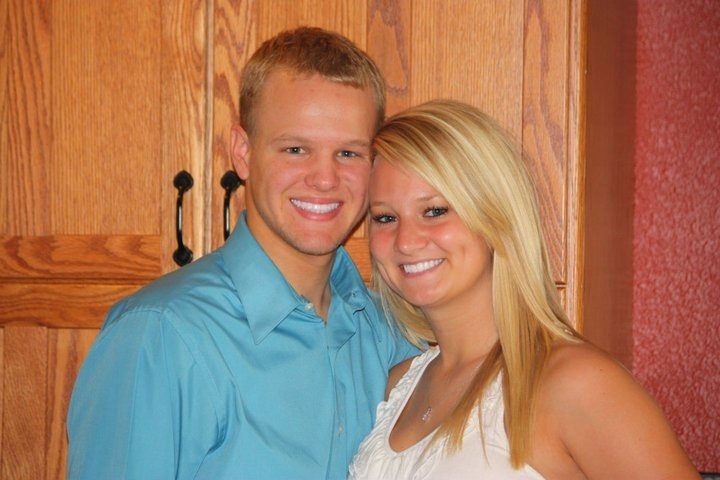 Everyone wants to hear the words, “I love you,” but college relationships have their difficulties.

When both partners in a relationship attend the same institution, it makes communication easier.

“Things get misinterpreted over text all of the time,” Giese said. “It is a lot easier to address later, when you see them at the end of the day.”

Juniors Andy Hofbauer and Katie Lambert have been dating for over six years.

Hofbauer and Lambert both attend Simpson College because they did not want to make their relationship long distance. Hofbauer believes there are a variety of positives to having an on- campus relationship.

“You always have someone to talk to when times are hard,” Hofbauer said.

A potential benefit to a long distance relationship is that it could provide more freedom in college.

“Some people come to college, especially if their significant other is at their school, and they feel restrained by that, they have to spend time with their significant other,” Giese said. “It makes it harder to make new friends, or get into new activities because they are feeling torn or guilty if they put something in front of their boyfriend or girlfriend.”

When a relationship is long distance, it still gives someone that freedom to still be committed to someone in that relationship but having more time out with new friends and doing activities.

Distance can create problems within a relationship due to communication issues.

“A lot of people struggle with the feeling that their needs don’t get meant,” Giese said. “Some people might need physical affection to feel good in a relationship, they might just need time with their other person, it could be a lot of different needs. Sometimes it’s harder to meet those needs just over the phone or via email without that personal contact.”

Junior Mitchell Hackett is in a relationship with Brynn Carpenter, who attends Iowa State University.

“It makes the time we get to spend together better, you value it,” Hackett said.

No matter the distance, the best way to maintain a healthy relationship is trust and communication.

Giese advises students to, “Try to find a balance between the needs as you as a couple and the needs of each individual, because when either one really starts taking precedent the relationship starts to struggle.”