Olson finds way to balance between basketball and football 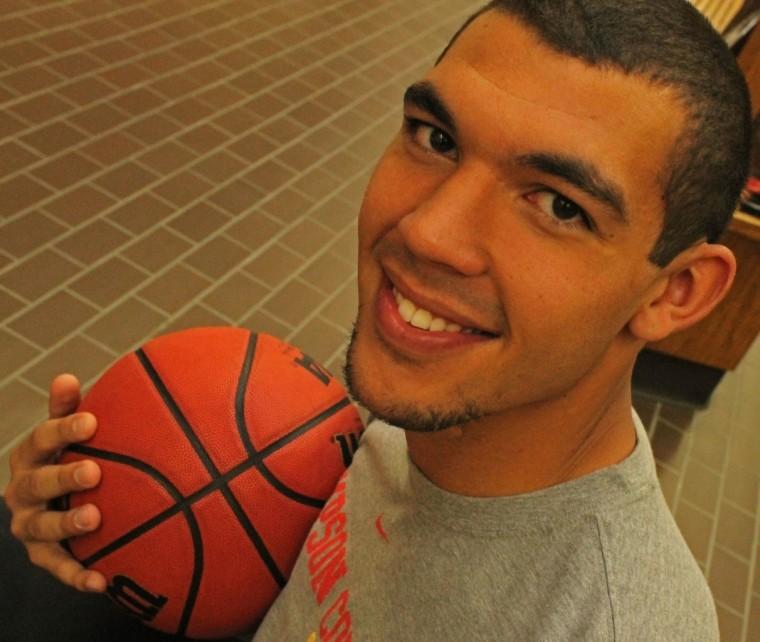 Once football is done with this week following their finale against Luther, Ryan Olson has no time to relax.

More so, Olson has made a lot of friends while being at Simpson. A lot of those friends came to be because of Olson’s social and humorous manner.

But some of Olson’s other buddies have come from being teammates the two sports teams he plays on at Simpson: football and basketball. The two have given Olson the opportunity to get closer with a lot of people he otherwise might not have.

“If I wasn’t in sports I would like to think I would still have friends, but without a doubt it would be a lot harder to make friends if I wasn’t,” Olson said.

“The camaraderie I have with both teams is great. I would not have gotten that if I only played one sport. During football season, the basketball guys will come out and cheer for me and during basketball I will get a lot of support from my football teammates. It is great always having that support.”

Being in two sports that are in overlapping seasons, Olson has had to learn how to deal with this.

“It gets easier every year,” Olson said. “Freshman year was tough because I didn’t know what to expect for either sport. When I got used to football it was time for basketball. But what is nice is (head basketball coach)Charles Zanders will say to just worry about football when it is football season and basketball during basketball.”

Olson is in his third year of dealing with the overlap of the two sports and has figured out how to handle it.

“I will stop in after football practice and just watch and try to pick some things up,” Olson said. “If coach has anything for me like a playbook or a schedule I will grab one of those. But other than that it has been all football up until the last game this weekend, then it will be a quick switch into basketball.”

At North Polk High School, Olson was also a multi-sport athlete and had been somewhat used to the lifestyle. Playing both sports is what Olson wanted to do in college. He loves both football and basketball and chose Simpson because they gave him the opportunity to play both of them. But do they ever get in the way of his academics?

“I think that I would slack off even more than I do if I wasn’t in sports,” Olson said. “They keep me going and more organized. The coaches also keep up on grades pretty well and do grade checks every now and then to make sure I’m on top of everything because they know how important they are.”

Other than football, basketball, and his schoolwork, what does he like to do in his spare time?

“Sitting on my couch in my room,” Olson said. “I pretty much take every opportunity that I can to relax.”

With all of the physical and mental stress Olson has from such demanding tasks as football, basketball, and academics, relaxing is certainly not overlooked.

But there is not much time to relax after his last football game of the season this Saturday, as he hangs up the cleats and heads to the hardwood for his junior season of basketball.

Olson and the Storm take on Luther College this Saturday. After that, Olson’s next game will be with his basketball teammates as they open their season against Bethel on November 16.