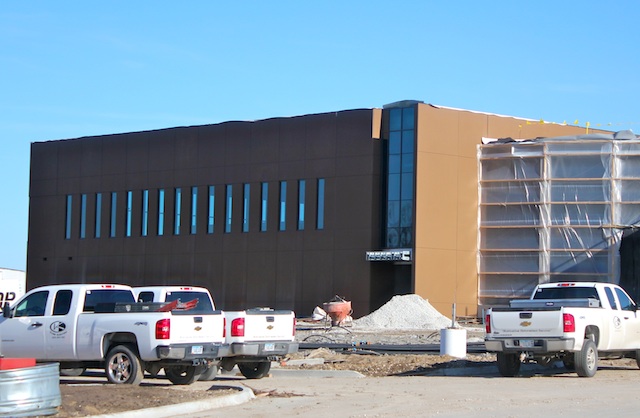 Simpson College swimming program has embarked on a problem all season long which won’t change until next year.

The swimming program does not have a diving team and don’t plan to have one until the 2013-2014 season. This causes both the men and women’s swimming teams to automatically fall behind in their respective duals. For instance; at dual meets where schools have diving boards, other schools automatically get points for first place and second place. Since the school has no diving team they don’t have an opportunity to receive any points which puts them at a disadvantage.

Losing key points for not having a diving team has evidently left the Storm in a difficult position in every dual meet they compete in. In some meets both teams may have to participate in multiple diving events which puts them in a deeper hole. The facility has been the reason why the program hasn’t received a diving team because it does not have a diving board. With the program moving to the YMCA in 2013-2014, it has many looking forward to the future. Sophomore Hannah Yarbrough is excited about the change in the program and feels it will help the program in many ways.

“The move to the new YMCA facility will have us fully equipped for diving,” said Yabrough. “It will be very exciting and beneficial to our swimming program.”

Head interm coach Eric Crawford believes that with the move to the YMCA it will no longer put his team at a disadvantage to their opponents.

“At certain meets were put in a difficult position where other teams get automatic points for having a diving board,” said Crawford. “Next year when we have the ability to dive we’ll be able to gain points which will help us.”

Even with the addition of the new YMCA and a possibility of getting a diving team for the 2013-2014 season, the future looks bright for the Storm men’s and women swimming programs. Even with the significant upgrades to the program, both programs know that it is important for the swimmer to take care of their business in the pool.

”A diving team will not affect the swimmers but it will affect the scoring,” said Yarbrough. “As a swimmer it is still our job to win our races and I am very excited to see the diving team form and succeed.”