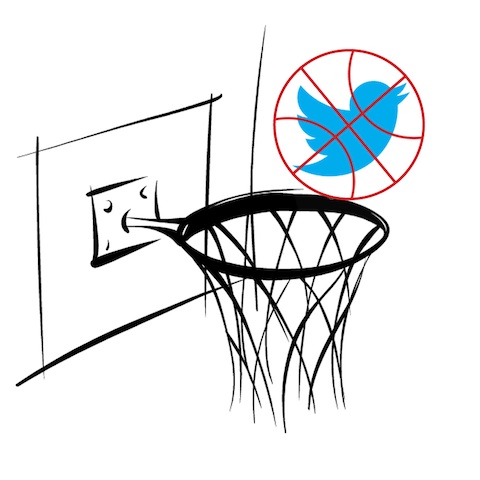 Social media plays a big part of our lives today more than anything else. What would you do if you were advised not to use those networking sites for a vast period of time?

The Simpson men’s basketball team is experiencing just that.

On Dec. 11, 2012, tweets from numerous players’ Twitter accounts had good-bye posts stating that they would be taking a break from tweeting until the end of their season. The ban was put in place due to specific tweets that were posted from players on the squad.

Head men’s basketball coach Charles Zanders says that he, as well as the rest of the coaching staff, saw some things that were being posted prior to game days that was not anything too bad or too extreme, they just did not want it to get to that point.

“We just didn’t think the focus was where it should have been,” Zanders said. “It wasn’t so much that any comment was derogatory, but there was some inappropriate language that I wasn’t happy with. I just felt at the end of the day, shut them down; it’s not a benefit or detrament to anybody in anybody’s life, they’re more than happy to pick it up when the season concludes, but prior to that we just felt it was in our best interest as a program to just shut it down.”

Zanders says that the posts on Twitter were getting opinionated, and that he did not like the direction some of the players were going with their opinions.

“They have every right to have [those opinions], just not during the season,” Zanders said.

He also says that as far as his team’s unity, Twitter did not play much of a factor of whether they had it or they did not have it.

“It was more of a responsibility thing that I was questioning and the irresponsibility of it, so that’s why I decided to shut it down,” Zanders said.

Logan Hamm, a sophomore transfer guard from AIB, says that the team’s initial reaction of the Twitter ban was shocked more than anything else.

“We had the privilege to use that branch of social media until that privilege was abused,” Hamm said. “I know there has definitely been temptations for people to use Twitter just out of habit. I know I’ve had them personally.”

Hamm thinks that social media has so many positives and negatives, but in the big picture, the ban is not a huge deal at all.

“It’s just one less distraction, one less thing to worry about,” Hamm said. “It lets us be able to put the focus into coming together as a team and accomplishing the goals we set out for ourselves this year.”