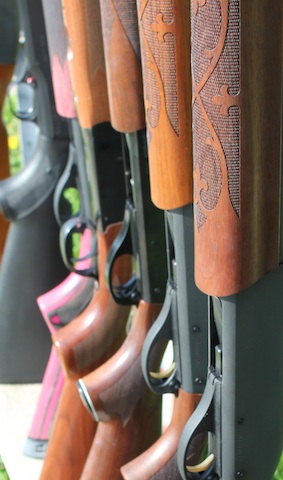 Gun control issues are becoming more prevalent not only nationwide, but also have begun to hit the Simpson campus as students are starting to express some concerns.

Annie Olson, junior and member of the Simpson College Democrats club, finds it tragic that innocent lives are continuing to be lost because we have not addressed stricter gun control with new laws.

“Banning assault type weapons and hand guns might prevent these types of unstable people from getting their hands on guns,” Olson said. “I think that making these guns illegal will deter some people from contemplating a mass shooting. Every person not killed in a mass shooting is a reason for new gun control laws.”

The Washington Times has stated that 15 of the 25 worst mass shootings in the past 50 years have taken place in the United States.

Included in the article was research done by the Harvard Injury Control Research Center, who have assessed the literature on guns and homicide and found that there is substantial evidence that indicates more guns means more murders.

John Greaves, senior and president of the Simpson Sports Shooting Club, has expressed strong interests that new gun control laws are not necessary.

“Existing gun laws should be more strictly enforced,” Greaves said. “In the minds of many people, guns are only equated to violence and crime. People in the cities often get their image of firearms and firearm owners from television and movies, whereas, in the countryside, a man with a gun is your neighbor going hunting or shooting clays and targets in the backyard.”