Could Indianola become a hotspot for startups? 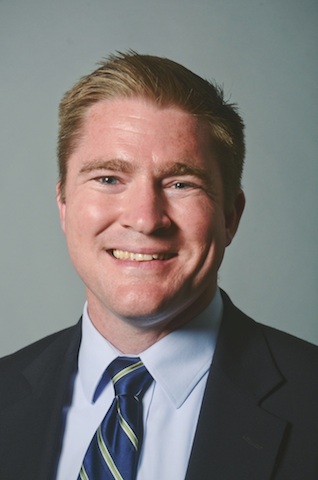 Although Indianola is a small town of around 14,000 people, it shouldn’t go unnoticed.

Everyone often cites Chicago and Los Angeles as great cities for young college professionals and entrepreneurship possibilities. What they fail to mention is Des Moines and its surrounding areas, and this is about to change.

Meidh Tech was once a part of StartupCity Des Moines, which is a business incubator dedicated to technology companies. Now, with Professor Mueller’s guidance, Draper will serve as the director of iSc.EDI and will lead Simpson students through mentorship and business development access. His excitement and enthusiasm to work with Indianola’s community and Simpson students are unrivalled qualities, as he will be working with students for as many hours as needed.

Draper first learned about Indianola’s vast opportunities through Jerry Kelly and Todd Kielkopf. Kelly was the former mayor of Indianola, and now serves as the Executive Director of the Indianola Development Association.

“Indianola is a very technologically advanced town. Surprisingly, no one knows about it,” Draper said. “In short, Indianola has one of the fastest connections around, thus enabling a wide range of innovative data driven technologies. After hearing about the opportunity, I worked with Jerry, Todd, and President Byrd to figure out how I could contribute,” Draper said.

Kielkopf, who is the General Manager of Indianola Municipal Utilities, had more to report on the specifics of Indianola’s technology.

“Indianola has the Des Moines metro’s only fiber to the premise network. The majority of businesses and approximately 150 residences can receive up to 100 megabytes per second Internet connectivity at affordable rates today,” Kielkopf said. “The back-end systems used to offer these retail services will also be used by start-up businesses at the iSc.EDI. This reduces their costs to rent server and bandwidth capacity during their start-up phase.”

When asked about why he chose Simpson, Draper explained that Indianola’s technological stability, Simpson’s consistent success, and what alumni have demonstrated illustrate that projects such as iSc.EDI can thrive through the right partnership. Draper also clarified that this integration initiative is not your usual job, but rather a program where people direct their own paths using their strengths.

“Right now, the types of jobs we have are not like a factory line anymore,” Draper said.

After identifying what these startup companies need, students will be contributing their qualities to spark some growth.

With iSc.EDI, Draper is hoping to bring notoriety to Indianola and Simpson through this collaboration. Currently, 25 students are participating in iSC.EDI. Sophomore, juniors, and seniors are eligible to receive internship credit.

Their options for partnership are endless, ranging from marketing to product management. It is meant for long-term growth, which will keep directing Indianola and Simpson in the right direction for today’s generation where innovation is imperative. Draper is aiming to guide students in a direction where they will settle for a job as a last resort. Instead, he wants to use their skill sets to change what opportunities there are.

Based on the talent we have here at Simpson, Draper said, if any start up has an idea, the goal is to be able to fill their team.

iSc.EDI will hopefully bring a lifetime of achievement for Indianola’s community and Simpson graduates. Indianola is small, but it is meant to be unforgettable.