Recent theft serves as a warning 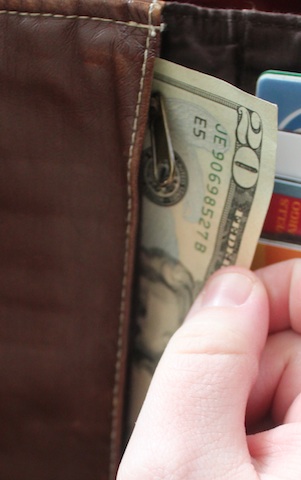 Liz Carr and her three roommates at Simpson came back from winter break to a startling find — their 40-inch television and computer printer had been stolen.

“Our (patio) door broke in October and (maintenance) gave us a stick to jam it shut with instead of fixing it,” said Carr, who lives in a first-floor apartment in Station Square Apartments with Caitlyn Shiek, Kelsey Alberts and Jeanie Mullen.

“Over winter break when the dorms were empty and everybody went home, somebody broke in and stole our TV and our printer.”

Their story serves as a warning for Simpson students who’ve been targeted by burglars dozens of times in recent years.

Simpson had 25 burglary occurrences on campus from 2009-11, according to the college’s public-record security reports, and 11 burglary incidents which took place in on-campus housing facilities. In the 2012 calendar year, there were 15 reported incidents of theft to Campus Security.

And burglary’s not only a problem at Simpson: The Campus Safety and Security Data Analysis Cutting Tool reports 19 robberies, 885 burglaries and 65 motor vehicle thefts across colleges in Iowa during 2011.

Theft is a reality many students often forget about. And while living in close proximities to one another, students might accidentally be too trusting. Freshman Alex Landgrebe admits to this after he had his wallet stolen from Kresge residence hall earlier this year.

“I was up on third floor Kresge hanging out with some people,” said Landgrebe. “We were just sitting in the room playing some video games and I was wearing sweatpants, so I figured my wallet must have just fallen out in between the seat. I didn’t give it much thought. I was like, ‘Oh, I’ll be back in four hours (from the wrestling meet). I can just get it after.”

While he was away, Landgrebe’s friends found his wallet and placed it with theirs on a shelf. But when Landgrebe came back to Simpson, all of the wallets were missing.

“I went down to my room thinking maybe someone like my roommate got it and then put it back,” Landgrebe said.

Landgrebe’s roommate found his wallet and placed it on his desk, but a close search revealed he was missing $40 and a $110 Scheels gift card.

Simpson Security Director Chris Frerichs said in an email interview that trust is merely a small factor in theft incidents.

“(Trust) may play a small part, but I believe complacency plays more of a role,” Frerichs said.

Frerichs said every incident has a unique set of circumstances, but a common theme lies among many reports.

“A common factor seems to be that items are left unattended or unsecure(d),” said Frerichs.

Frerichs said there are many deterrents to theft.

“Some known deterrents to theft are: keep doors locked — both room and outside doors to building, make sure windows are locked, keep valuables out of sight or locked up, question people who are in your building who you do not know or seem suspicious, keep your vehicle locked and valuables stored in glove box or trunk, do not leave items like books and book bags in common areas, and report suspicious activity to Campus Security at 515-961-1711,” Frerichs said.

Simpson also has a web page to inform its students with the date, item description and location for items reported as Lost or Found to the Security Department.

Thefts disappoint college students and employees, especially when students want to come and go as they please.

“We asked our community advisor Nathan (Schneider), and he was really disappointed,” Langrebe said. “He wishes we could all just leave our doors open and nothing would happen.”

Worries about crime can sometimes be eased with cooperation and education.

“I think that (Simpson) needs to be more timely on getting the information to students on what steps we need to take,” Shiek said.

Shiek and her roommates wish the problem at their apartment was handled with more concern and in a better fashion.

“It sometimes takes 6 to 8 weeks to get the door in,” Harris said. “It depends on whether the door is standard sized or custom sized.”

“Anything we can do to deter theft is a plus,” said Harris.

Luke Behaunek, director of residence life, said educating students is a step towards understanding the issue about theft in residence halls.

“We try to educate students right away during orientation about combos and the danger of giving out combos,” Behaunek said.

Behaunek compared the sharing of lock combinations to making and handing out copies of keys.

“The main thing we say (during orientation) is that giving out your combo to someone is like copying a key and giving it to them,” Behaunek said. “That’s not something you do for a lot of people, so we want them to take the combo to their room that seriously. We also mention that not only is that giving them a copy of your key, it’s also giving them the ability to make as many copies of the key as they want and passing it out as much as they want.”

To better address the issue of theft and campus safety, Frerichs said it takes the entire Simpson community.

“(What we can do to make Simpson’s campus safer is) that all of the Simpson community take an active role in their own and others personal safety and security,” Frerichs said.