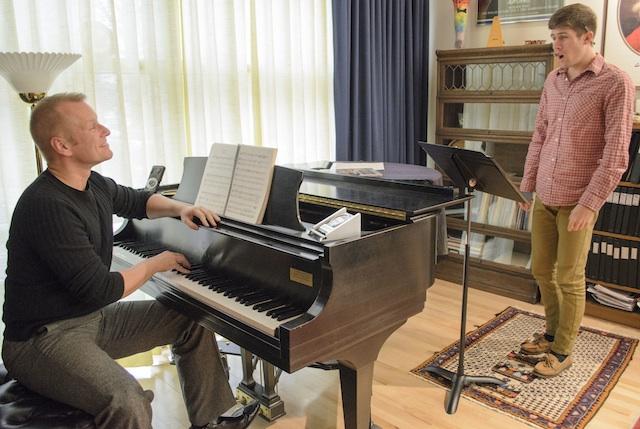 Simpson is one of only two academic institutions in Iowa to be recognised as one of the top 100 music programs in the country.

The rankings for the top music programs was released by BearShare, a peer-to-peer file sharing application. Simpson was recognised alongside notorious conservatories, such as the Manhattan School of Music, Julliard School and Berklee College of Music.

Chair of the Simpson music department, Tim McMillin, said the national recognition was interesting because there was never an organised effort to make it happen.

“It’s not something we applied for,” McMillin said. “Nowhere is there any specific information about what the selection criteria are.”

However, McMillin acknowledges how it is nice to be noted and named in the top 100 programs.

One of the most important aspects of Simpson’s music department is how it is able to provide all students with musical opportunities, regardless of their majors.

“The performing ensembles are a large part of what the possibilities are,” McMillin said.

“Those to me are the signs of a healthy and outgoing music program and that is certainly something we are proud of,” McMillin said. “In addition, what the music department does for its majors is prepare people to become professional musicians beyond their performing experiences.”

With that being said, no matter how strong a department is, challenges are still part of the package. Even though the music department has the same opportunities found at larger schools and conservatories, being a small school brings on problems within itself. Students are involved in many different activities, some of which have scheduling conflicts.

“Part of the scheduling issue is that because of the size of the department, which is not a small department by any means, we’re offering so many opportunities to our students,” McMillin said. “Often times, it’s the same students who are taking part in numerous experiences. It also means that for students who may be instrumentalists as well as singers, that if they were at another school and forced to choose, their lives would be less busy. Here, they get a broader experience and a lot of experiences, but their schedules become a little more hectic.”

Colin Zidlicky is a freshman who appreciates Simpson’s music department and what it has to offer to students. He participates in orchestra, symphonic band, jazz band, madrigal singers, chamber singers, brass ensemble, saxophone quartet, saxophone ensemble and percussion ensemble. On top of that, he also takes lesson on piano, organ, voice and trombone.

Zidlicky has a packed schedule, but he finds people to be very understanding.

“Usually the faculty understand,” Zidlicky said. “Everyone here is for the student.”

Another problem that Simpson’s music department sometimes faces is the fact that there is no specific music facility.

“I do think Simpson has wonderful facilities. The music buildings fit our needs in terms of rehearsals spaces and so on,” McMillin said. “The thing that it doesn’t have, is a dedicated concert hall that would be found at any other large institutions. When it comes time for the choirs to perform, we make use of the beautiful Smith Chapel. With the bands, we make use of Pote, but those are all multipurpose spaces. They’re not dedicated performing spaces that many of the larger schools would definitely have.”

McMillin said that the lack of facilities causes the music department to be creative with scheduling conflicts. He would love for Simpson to have a dedicated music facility one day, but it would take major donations.

These challenges do not necessarily cause setbacks for the music department. Students are still able to experience conservatory experiences in a liberal arts institution setting; and this is what places Simpson at the top.