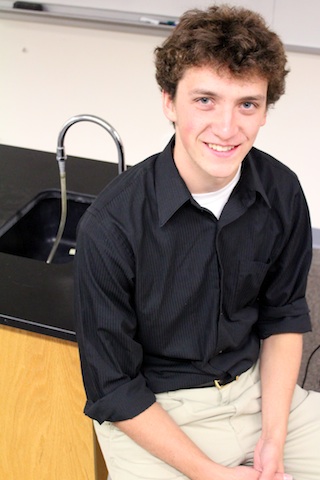 Out of over 4,000 applicants, senior Stephen Henrich was one of six students admitted into the Mayo Clinic Medical School’s MD/PhD program.

For the six spots, 50 students were interviewed. Henrich said he was in Carver speaking with Ron Warnet when he got a call from an unknown number. It was the director of the Mayo Clinic program saying that even though only half of the students had been interviewed, the committee was very enthusiastic about his work and wanted to offer him acceptance into the program.

Through this seven to eight year program, Henrich will become a trained medical researcher and practicing physician. The full-tuition scholarship of $24,500 is covered by the program, and students receive an annual stipend of $20,000 to $30,000.

Although Henrich has yet to commit to this program, it is on the top of his list. He applied to 18 different medical schools and has already received acceptance letters from Stanford, Duke, University of Iowa and Northwestern. He plans to make his decision in March or April.

“I have been at Simpson College for 13 years and have taught hundreds of pre-medical students and pre-graduate students over this period of time,” Department Chair of Biology Jackie

Brittingham said in a letter of recommendation for Henrich. “Stephen is one of only three or four students who I have worked with over the years who has truly personified what I consider the essential characteristics for students who will be successful as a physician-scientists.”

Brittingham noted that Henrich has the aptitude and talent necessary to be successful in the curricular rigors of the program as well as the deep desire to practice compassionate medicine.

With Henrich’s father being a podiatrist the medical field was always on his radar. During high school, Henrich became interested in this type of work by shadowing a doctor that held a MD/PhD degree.

Upon coming to Simpson, Henrich still wasn’t completely sure of what he wanted to do. Through research at Simpson and the University of Iowa, he discovered that he had a passion to be both a researcher and a practicing physician.

Henrich feels that his research at Simpson with Heidi Berger and Warnet were experiences that have best prepared him for medical school. He also shadowed a researcher and physician at the Mayo Clinic during his sophomore year.

Not only is Henrich exceptional in the classroom with his triple majors of biochemistry, math and philosophy, but he also stays busy by being a community advisor in Station Square apaertments and is the treasurer of Student Government Association.