SC alum makes the most of lifelong career in sports 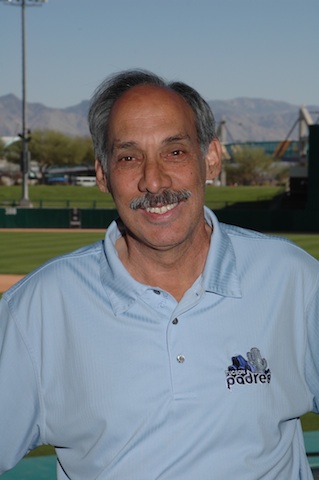 If you think a Simpson College alum does not have a Major League Baseball World Series ring, well think again. And no, he did not buy it off eBay.

He was working with the New York Mets organization when the team won the 1986 World Series over the Boston Red Sox. (Thanks to Billy Buckner.)

While the Simpson College baseball team were playing under the hot, Arizona sun over spring break, Feder was in his office nearby the Kino Sports Complex where the Storm were playing their games. He moseyed on over to the ball fields and noticed that the SC on the Storm’s ball caps and jerseys stood for his old alma mater.

What made it more interesting was who he knew sitting in the dugout.

“I was so excited to see Simpson College playing here next to my office,” Feder said. “But what made it even different was actually knowing Joe Blake [Storm pitching coach], a fraternity brother of mine, and have him sitting in the dugout.”

The two were a part of the Sigma Alpha Epsilon fraternity during their academic studies at Simpson.

Feder, a native of Chicago, Ill. and a long-time Chicago Cubs fan, chose Simpson because he wanted to go to a small school and get a good education. Plus, he had family already living in Des Moines at the time. He graduated with a degree in physical education after spending four years in Indianola.

After graduating from Simpson, Feder attended Western Illinois University as a graduate student, earning his master’s degree in sports administration.

After finally being complete with school, Feder’s long track record of working with minor league and professional sports teams began to develop over the next 30 years. Even during the time he spent studying at Western Illinois, Feder’s career began in full force.

Feder went on to be a general manager all the way up through March of 2001.

“I got a job as a general manager for the Burlington Bees in the Midwest League in 1974,” Feder said. “I was in Burlington and Wausau, Wis. for two years, Daytona Beach, Jackson, Miss. for nine years with the New York Mets, Davenport, Iowa with the Quad Cities Angels in 1988 and then I came to Tucson in 1989 where I spent 12 years. Then in April of 2001 went to work as the director of regional sales and marketing for the New Orleans Saints for five years all the way through Hurricane Katrina.”

He decided that after he left his job with the New Orleans Saints, he was done with working in sports.

“I just wanted to go back to Tucson,” Feder said. “My mom and dad live here, my mother-in-law lives here amd we have tons of friends after having run a club for 12 years. I came back here with no intention of being in sports again.”

But Feder couldn’t stay away from the ball field for too long. He said that the Pacific Coast League affiliate team for the Padres was looking for new ownership of running the club. Feder was asked if he would like to run the club. He graciously accepted the position, and that is where he stands today.

The Simpson alum said that he was able to create such a long track record of jobs based upon the first chance he got working when working in Burlington, and apparently did a good job. He recommends that students take that same mentality as he did when getting into the working world.

“It never really was difficult for me to find the next job,” Feder said. “For somebody getting into the business, I think it’s important that you work the network and get to know the people. Do something, get involved and do whatever you can to get experience.”

Feder says that the favorite part of his job, yet alone his career, is the people.

“Helping people out, doing good things in the community, coming up with crazy promotions, that’s what makes it worthwhile. You’re really doing something to help your community,” Feder said.

He said that when looking for internships, students should look for them within your own comfort zone, especially when dealing with travel.

“If your comfort zone is in the community that you love, to me that is much better because you have connections,” Feder said. “You know your way around the community and you have a place to live.”

The job market for working in the front office of minor and professional sports teams is very difficult due to the fact of the many people wanting to get into the field, he added.

“There are just so many openings, and that can create a problem,” Feder said.

Feder said that Simpson College helped him get to where he is today by ultimately giving him his first taste of minor league baseball and minor league sports.

If anyone wants to work in the field of sports, Feder is willing to help.

“I’m the kind of person that if you just give them [employers] my phone number or my e-mail or want to bounce something off, I’m always willing to help,” Feder said.