The second chapter of Insidious is a sight to see 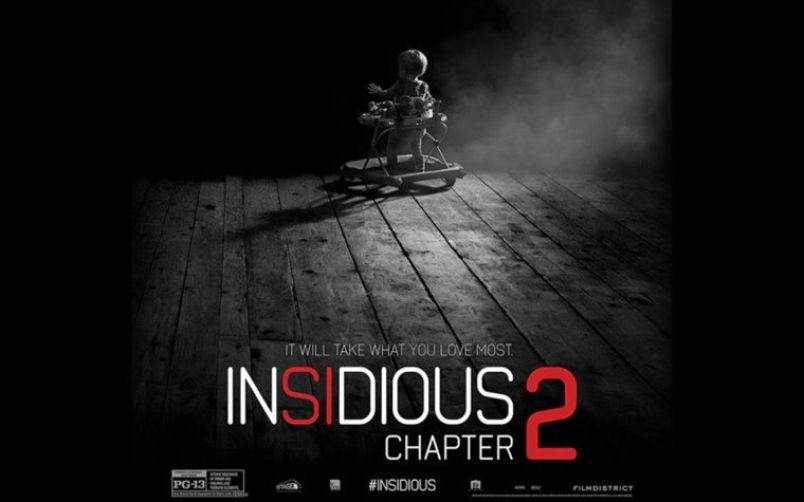 Insidious 2 hits viewers with a shocking twist and leaves them wanting more.

Insidious, a 2010 box office hit, shocked the world with terrifying images of a spirit realm called The Further and the efforts of one family to save their son from being trapped there forever. The recently released Insidious 2 continues the story of this family.

Although the boy has been saved, a new issue has raised; one that proves to be worse than the previous problem. The woman who solved the last haunting is dead. A haunting long since suppressed has found its way back to its victim and a new soul is trapped in The Further.

Although doing well to stay true to the vibe of the original movie, some parts were rather cheesy. The filming was well done with sudden turns and twists adding to the suspense and causing more terror than it would have ordinarily. However, a few dark turns meant to be shocking ended up in a brief laugh.

It is a stunning way to sum up the story of these poltergeists and this family. Loose ties are tightened and most of them in horrifying twists and turns. The shocking twist is one that can only be understood by watching the first Insidious. The surprising end will leave viewers begging for more stories and a better understanding.