Debate Team travels out of state 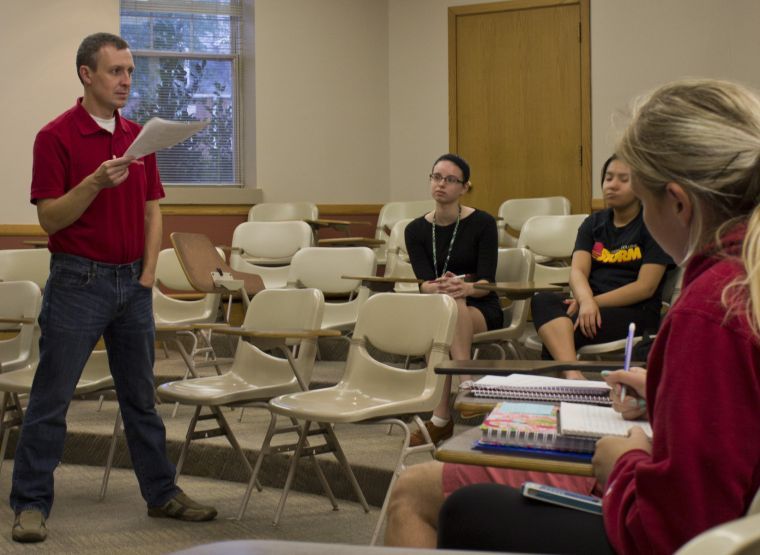 The speech and debate team competed in its first ever Parliamentary Debate tournament in Indianapolis on Sept. 21.

At the Indy Forensic 500, the most successful duo was the partnership of Ethan Fredrick and Jacy Gomez who turned in a quarterfinal finish after being given a three-seed. They were defeated by Purdue University on a 2-1 decision.

The partnership of Jacob McLain and Paul Safford also turned in a quarterfinal finish after being routed by Indiana University on a 3-0 decision.

“I was very pleased [by how we did] mostly because we have never done this kind of tournament before,” debate team coach Spencer Waugh said. “We could have came home without winning any awards at all and it was good for some of our teams to have some success.”

“Ethan is a very fluent speaker,” Waugh said. “Jacy Gomez is also very good at developing arguments. Both of them are excellent speakers and very articulate in debates.”

Fredrick, who is a sophomore, enjoys the atmosphere in which the debate takes place. “I love that kind of pressure that’s needed to prepare for a speech,” Fredrick said. “I also enjoy improving my skills in public speaking, writing, and researching.”

To begin the debate competition a partnership is given a topic and 15 minutes to prepare their argument. After the 15 minutes are over, the partnership will have 45 minutes to argue against their opposition. Topics include anything that happens on a worldwide basis.

Waugh prepares his team by teaching them the basics of debate theory. He gives them a variety of topics for each partnership to argue, and then discusses how well they presented their arguments. Waugh and the debate team meet twice a week on Tuesdays and Wednesdays to prepare for debate tournaments around the nation.

Waugh and the debate team are heading to Marietta, Ohio in a month where they will participate in one day of debate and one day of speech.