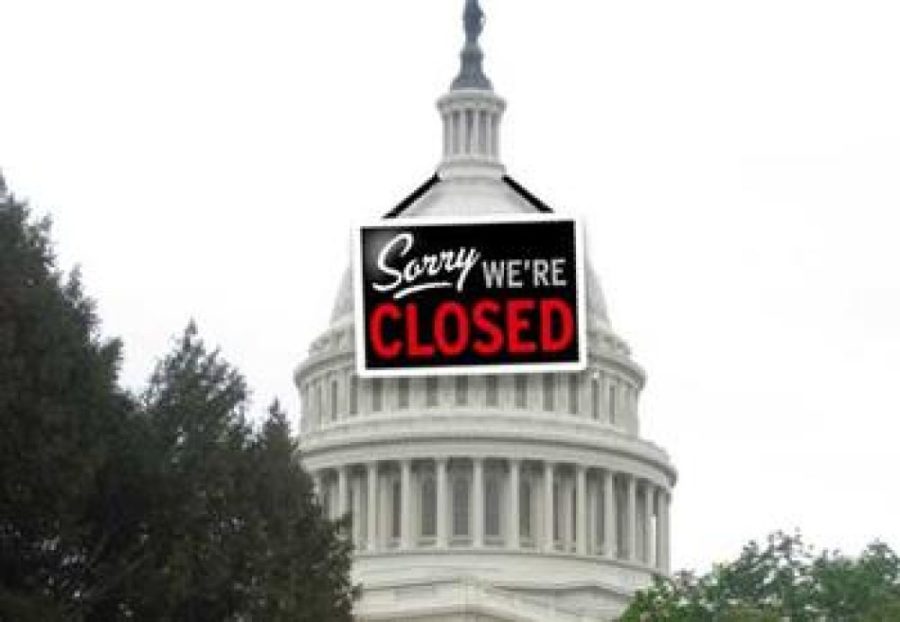 It’s been a little over a week, but the government shutdown is still lingering.

The federal government faced a partial shutdown 17 years ago, but as of Oct. 1, Congress wasn’t able to agree on a spending bill causing another government shutdown.

Congress often faces criticism and the latest Washington Post-ABC News poll shows disapproval has only increased for both Democrats and Republicans.

John Epperson, professor of political science at Simpson College, said people in Washington have made a mistake.

“I think it’s a miscalculation because the people who insisted on this in some sense were asking for something they’ve been told they weren’t going to get, which is essentially the president agreeing to do away with his signature accomplishment in office,” Epperson said.

Epperson said although there is a political divide, the House Republicans are the root of the problem.

“This is brought on by around 25 to 60 House Republicans who refuse to agree on any kind of spending extension,” Epperson said. “They basically were asking for something the president has made clear he wouldn’t give them. You couldn’t rationally expect him to. That’s the political equivalent of asking him to kill himself because if he did that, they would never pay any attention to him. They’d be able to do this to him time and time again.”

As of now, some progress has been made.

The Pentagon announced last Saturday that nearly all of its furloughed employees would be ordered to return to work.

Epperson said this means the government shutdown is really only a partial shutdown.

According to The Washington Post, Defense Secretary Chuck Hagel decided on allowing workers return because they’re needed to support the military.

Although these employees are poised to return to work, it’s only a little less than half of the 800,000 federal workers who were originally furloughed.

AmeriCorps is a federal program where volunteers often receive a stipend, but won’t because of the shutdown. In Iowa, certain volunteers in programs such as Iowa Campus Compact won’t get paychecks because a federal agency is funding the volunteers.

The shutdown may have some concerning issues affecting Simpson College students if it continues on any longer.

“For most of us, it hasn’t affected our lives,” Epperson said.

The U.S. Department of Education has said the students receiving direct federal student loans and Pell grants would not be affected just yet. However, it may change depending on how long the shutdown lasts.

For students filing paperwork to study abroad, the U.S. Postal service hasn’t been entirely affected, meaning they have the option to file paperwork. There just might be a delay.

“If you need a passport, you may not be able to get it or you might be able to slowly get it,” Epperson said.

“Now interestingly enough, one of the places it has affected college students is internships,” he said. “We have a number of students who need to get credit and that’s not a problem if you’re working the whole semester.”

Epperson said there has been conversation among faculty to try to accommodate students facing problems with their federal internships.

Simpson students have family members who have experienced the negative effects of the shutdown.

Sophomore Austin Jacobs said that he doesn’t support Obamacare, but both parties need to come to an agreement to fix these problems.

Jacobs also said just because a bill is constitutional, it doesn’t mean it’s the best option for America. He said Obamacare should be reformed and not necessarily repealed.

Jacobs’ mother works for the United States Department of Agriculture (USDA) and is currently furloughed.

“If they pass the bill in the government, it will take a couple of days for her to go back to work,” he said. “From a personal side, I do see the negative effects of it but something does need to happen.”

Sophomore Molly Monk has a sister who attends West Point and said the government shutdown has affected some situations at the academy.

“My sister was pretty stressed out at first about how things were all shaken up,” Monk said. “She’s a senior and she’ll be branching out and getting deployed in four or five months. Now everything’s back to normal and we just need Congress to get their act together.”

On Tuesday, Oct. 8, President Barack Obama held an hour-long press conference to address the shutdown and debt limit. The Federal News Service provided a full transcript of his statements.

“This morning I had a chance to speak with Speaker Boehner,” he said in his statement. “And I told him what I’ve been saying publicly, that I am happy to talk with him and other Republicans about anything – not just issues I think are important but also issues that they think are important. But I also told him that having such a conversation, talks, negotiations shouldn’t require hanging the threats of a government shutdown or economic chaos over the heads of the American people.”

Rep. John Boehner said he was disappointed in both the president and the Senate Democrats in a statement shortly after President Obama’s press conference.

Experts say if the nation’s debt ceiling is not raised by Oct. 17, the economy will fail. There is a potential to fall back into recession.

It’s all in the hands of the politicians in Washington.