Simpson Homecoming 2013: The Battle for Highway 92 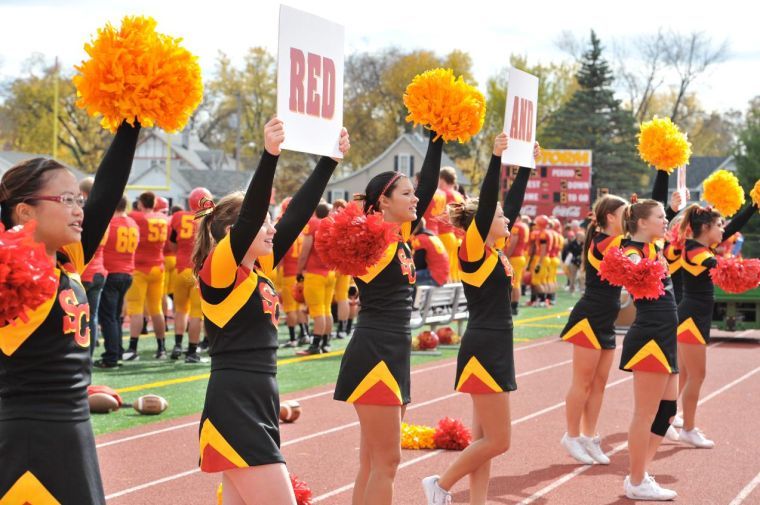 There are many stoic rivalries already in the world of sports, with foes like Yankees vs. Red Sox, Lakers vs. Celtics and Packers vs. Bears.

When you are a part of Simpson College one way or another, however, there is one rivalry that’s deemed only fitting in the Iowa Conference to be a pesky competition: Central vs. Simpson.

Seems only fitting to have this match-up as Simpson’s 2013 Homecoming game, as the Dutch travel to Indianola to battle the Storm on Saturday, Oct. 12.

To Simpson head coach Jim Glogowski, this game is considered as both teams’, “Iowa vs. Iowa State.”

“This is our big game of the year,” Glogowski said. “You always get a pretty decent crowd for Homecoming – I always tell people we should schedule Central just because you know you’ll get a big crowd for Central vs. Simpson. Putting the two together should make for a great atmosphere.”

Last season, Simpson defeated Central 21-18 in Pella. Glogowski added that it doesn’t necessarily matter if you are the home or visitor team, especially in a rivalry like this.

“The bottom line is that you’ve got to play well no matter what, and the guys know what is at stake on Saturday. They know what they need to do in order to prepare,” Glogowski said.

Simpson (2-2, 0-1 IIAC) is coming into the contest after falling 34-24 to Wartburg. At the half, the Knights led the Storm 13-10, but sloppy play in the second half eventually resulted to a Simpson loss despite staying within reasonable range of Wartburg’s lead.

“I thought we competed hard for the entire 60 minutes,” Glogowski said. “We certainly made some mistakes – field position was probably the key of the game. Typically when you lose a game, it’s sometimes turnovers or penalties, but in this case if you look at just the stats you wouldn’t think we lost by ten.”

But the Storm move forward as the team awaits the Dutch to come to town.

Central (2-2, 0-1) fell victim to the University of Dubuque in a close decision by a score of 23-21. This season, quarterback Aaron Eiseler, tailbacks Josh Osborn and De’Andre Currie, as well as a strong receiving unit in receivers Brendon Boerm, Blaine Forsythe and Grant McArdle lead the Dutch offense.

Eiseler on the year thus far has thrown for 737 yards (75-123) with 10 touchdown passes and five interceptions. The junior quarterback is also a threat on the ground, as he has rushed for 110 yards on 36 attempts with one trip to the end zone.

The running game for Central is what sets up the strong passing game for the Dutch, as Osborne leads the team with 353 rushing yards on 69 attempts this season. The junior has recorded two rushing touchdowns so far this season, averaging about five yards per carry. Currie, another running back, has notched 180 yards on the ground with one touchdown off 31 attempts, scoring one touchdown.

From the defensive side of the football, Central’s top three performers are a pair of senior linebackers and a senior defensive back. Mitch Schroeder leads the team with his 29 tackles, playing in only three out of the four games central has played. The linebacker has recorded 15 solo tackles with 14 assisted. Mike Young has 28 tackles on the year, as the linebacker has also recorded 5.5 tackles for loss and has one fumble recovery. Jason Breon, at defensive back, has 23 tackles one the year with 2 pass break-ups.

As for Simpson, at quarterback the Storm are led by senior quarterback Taylor Nelson. The four-year starter has thrown for 1,030 yards (90-131) with nine touchdowns and five interceptions. The senior leads the team in rushing with 168 yards and has three touchdown scrambles.

Nelson’s go-to guy primarily through the air has been senior wide receiver Brad Vogel. The 2013 preseason all-American has caught 27 of Nelson’s passes, totaling 366 yards and three touchdowns. Vogel is average 6.8 yards per catch and 91.5 yards per game.

According to Glogowski, Simpson three keys to victory include: Stopping the run, running the ball well and to not beat themselves.

“We’ve got to take care of the football. I think turnovers are big, field position is big, so if we can do all three well, we should be in pretty good shape,” Glogowski said.

Kickoff is scheduled to begin at 1 p.m. Follow both Simpson Student Media sports director Aaron Young on Twitter (@AaYoung15) as well as Simpson Student Media’s sports feed (@SimpAthletics) for tweet-by-tweet updates of the game. All tweets will use the hashtags #IIAC and #d3fb. You can also listen to the game on the radio or the TuneIn mobile app via KSTM 88.9-FM “The Storm,” as radio personalities Brett Crable and Simpson ’13 graduate Zach James are on the call.