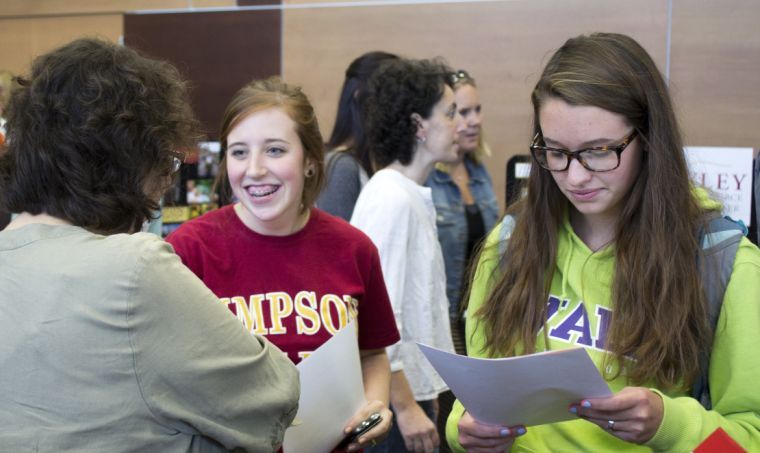 Career Services motivated students to find their passions at the annual majors and minors fair.

Students could stop at booths represented by the departments on campus to further explore their major or get a better idea of what they want to major in.

Students used the fair to their advantage in many ways.

“I went to the fair to get information about what jobs I could get after college with the majors I had chosen,” freshman Amanda Evens said. “The professors were very helpful. For the most part they knew how to answer my questions or direct me towards someone who had the answer.”

Evens, a biochemistry and spanish double major, said she would use her majors to pursue something in the medical field.

“The most interesting job they told me about was neurogenomics, it’s like being a nutritionist but you work with their genes. They also suggested looking into jobs like a geneticist and pharmacist.”

“I talked with some of the professors in each department and got to know them better and got a better understanding of the classes I’ll be needing to take in the next couple of years,” he said.

Freshman Cort Singleton, an undecided major, used the fair to help narrow down his major.

“I went to the fair to help me decide a major so I can start figuring out what I want to do. It was definitely helpful and I’m starting to narrow down my major a little bit,” Singleton said.

The majors and minors fair isn’t the only way to get information about a prospective major. Advisors and professors in departments are happy to help students who are struggling with deciding on a major.

“Particularly for new students coming in one of the things that happens at a liberal arts school you have a number of kids who are coming in not knowing what they want to go into,” Butts said. “And honestly, I think that’s as it should be. You know, over the course of four years a lot of students probably should be rethinking what they want to be doing and they should be energized by new things.”