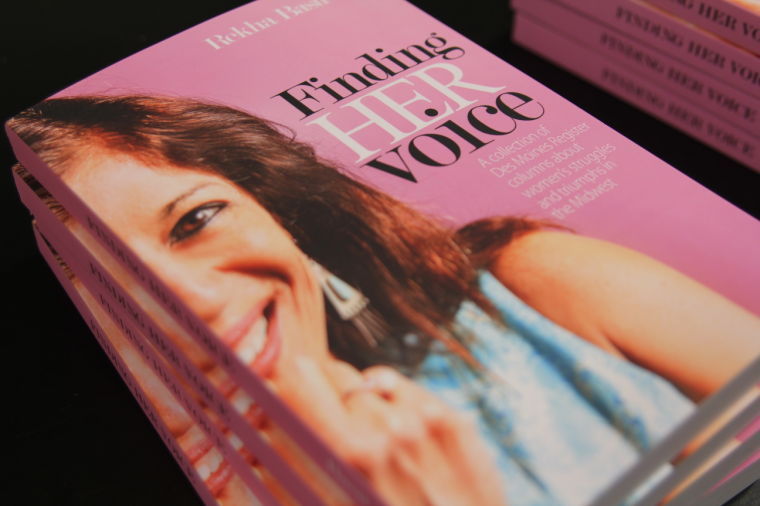 Basu, born in India to United Nations parents, spent the majority of her childhood observing poverty, injustice and gender discrimination on a global perspective. Landing her first career in academia because according to her, “That is what any good Indian family abroad did,” Basu soon realized her passions were elsewhere.

“I was interested in real people’s lives,” she said.

Basu soon acquired work at the Des Moines Register, writing opinion columns that allowed her to seek her passions without fear of censorship. Basu’s upbringing inspired her to reach out to readers globally for support on women’s rights.

“There are so many victims who are falling through the cracks in one way or another who are not believed, whose story doesn’t get out, who has nobody to go to bat for them and it always brings home to me the awesome power and responsibility of us in the press to stand up for truth and justice and stand up for victims and tell the other side of the story that isn’t being told,” Basu said.

As Basu stood before the crowd, she spoke fervently about her career. She read aloud stories from her book about rape, abuse, discrimination, sexism and mistreatment. Her voice was powerful as she recalled women being stripped of their confidence, fighting for a chance at life.

Senior Annie Olson attended the event and said, “It was inspiring for a woman to be so passionate about exploring a field that is male driven and using her position with the Des Moines Register to give a voice to stories that are usually suppressed.”

Basu spoke of the positive difference she has made on women’s lives as well as the backlash she has received from males and females alike, commenting that you can’t make everyone happy.

Basu ended the evening by challenging those in attendance to seek the truth.

Basu’s columns can be read weekly in the Des Moines Register or online at http://www.desmoinesregister.com/.