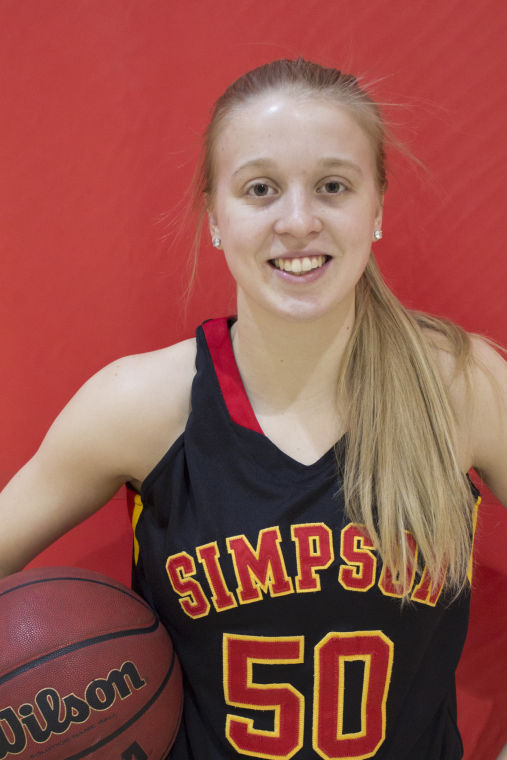 The start of an exciting four-year  career

The first year of college can be an overwhelming and exciting experience.

For many students, it is the first time being on your own and making decisions on how to manage your academics, work and extra-curricular activities. It’s a year where you make a of a new friends and figure out the transition of being a high school student versus a college student. More importantly, selecting the right college means finding your next home.

Brittany Hedrick is one of many freshmen students who have found a home at Simpson.

One of the biggest rewards was contributing to a team that competed at the state tournament all four years.

“I really love high school basketball,” Hedrick said. “We had a really good team and it made the experience so much fun.”

Simpson women’s basketball has a rich history of competing for conference championships and appearing in the NCAA Tournament. Since 1980, the women’s basketball program has the second-most NCAA appearance of any sport, behind softball.

Hedrick said this is one of the main reasons why she chose Simpson.

“I chose Simpson because of the basketball, but also the athletic training program,” Hedrick said. “When I visited, it just felt like the right place.”

Coming out of a winning program like Ankeny meant high goals for Hedrick.

“I wanted to come into Simpson and compete for playing time on the varsity squad. I just wanted to get a feel for how the team played and contribute in anyway I could.”

So far this season, the newbie point guard is showing off her skills on the court. Appearing in 15 games and starting 10. Hedrick is averaging almost 23 minutes a contest. She’s sporting a 9.1 points per game average and is shooting 38.4 percent from the field. 28.1 percent from 3-point territory and 65.8 percent from the charity stripe. Hedrick is also leading the team in assists per game with 2.9.

College athletics can be a huge adjustment for incoming freshmen. Learning a new system with new coaches and new teammates can be one of many challenges.

Pregame warm-ups are a part of any sport. Many athletes conduct warm-ups with their team, but like a lot of competitors, they usually incorporate their own style.

“My pregame consists of putting on my Dre Beats and listening to music,” Hedrick said. “Aside from that, I just try to loosen up the team and be an energetic person that my teammates can feed off of during a game.”

Role models are also important when pursuing your goals. When asked about what person Hedrick looks up to as her role model on and off the court, she simply replied,” my mom.”

“My mom was a Division I basketball player at UNI. She has taught me a great deal about the sport of basketball and has helped me be successful in everything I do.”

Hedrick and crew travel to Decorah for an Iowa Conference showdown at Luther on Saturday. Tipoff is set to begin at 2 p.m. with the men’s matchup to follow.