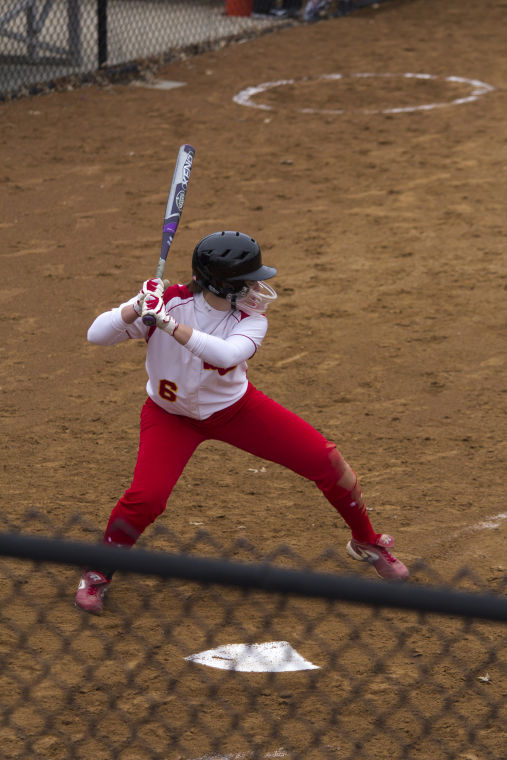 Iowa Conference play began on Tuesday for Simpson as they face Wartburg for a double header in Indianola.

The games were originally scheduled to be played in Waverly, but unplayable field conditions moved the games to Indianola, with Wartburg still being recognized as the home team on the scoreboard.

Simpson had no issues in game one of the double header as they came out on top 12-3 after five innings. Abbie VanVleet was in the circle for all five innings and improved to 8-1 on the season. She allowed four hits, two earned runs, and struck out two batters.

Coming into the double header, the team knew they needed to improve their performance on offense. Simpson had 13 hits in game one, two of which were home runs. Kylie Van Houten hit her first home run of the season with a solo shot to lead of the second inning. VanVleet notched her second home run with a grand slam in the third. She would pick up her third homerun in game two.

Game two was a back and forth contest that required nine innings of play before Simpson came out on top with a score of 10-9. Brittany Steel and Tori Haag joined VanVleet with home runs in game two. Haag went 3-3 in her at bats in game one and 4-6 in game two where she drove in five runs. Haag has the hottest bat on the team in the past four games as she has gone 11-16 in that span.

The Storm continued the outstanding defense to secure the pair of conference wins. Hillary Harmon played strong at third base while Ashley Prettyman followed suite in left field. The team improves to 15-9 overall with a 2-0 record in the Iowa Conference. They will face the Luther Norse (15-2, 0-0), which is ranked 5th in the nation, on Saturday for a double header.