Opinion: Self-defense course targets one side of the issue 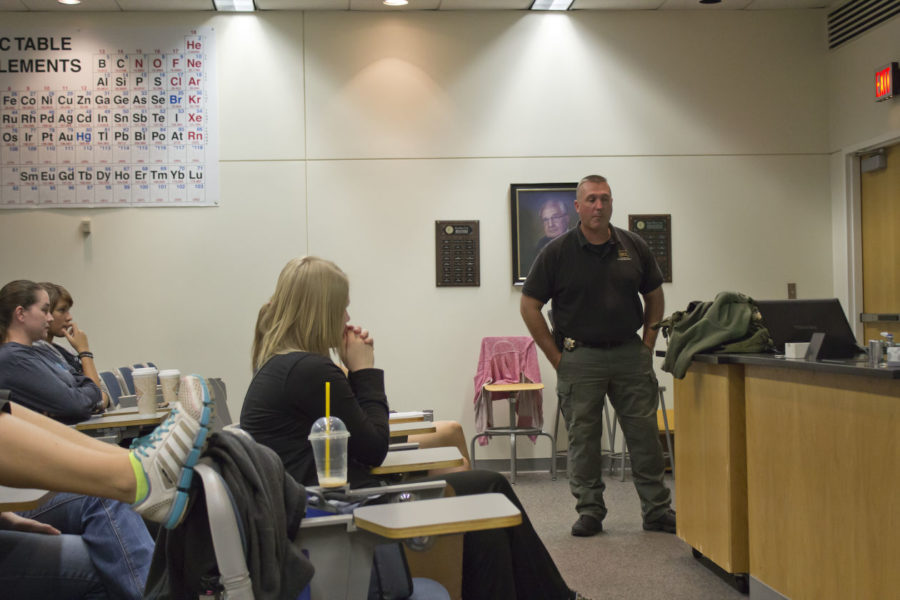 Domestic abuse and sexual assault have been all over the news lately. As good timing would have it, Simpson College Shooting Club hosted a self-defense class for women Saturday.

The class was far from what was expected. I pictured us learning how to defend ourselves with moves like in Miss Congeniality.

It’s funny in the movie, but knowing how to get your attacker down is practical advice for a woman. But to my dismay, the class was set up as a lecture. Sgt. Keith Romp from the Polk county sheriff’s office shared his experience with domestic abuse and sexual assault and described ways women can defend themselves.

The event was informative, but felt like a record on repeat. Women are constantly told to be prepared in case an attacker comes along or slips something in your drink. It didn’t feel like new information because women are targeted with lecture after lecture on how to act in society in order to prevent assault.

The goal for the day was to “empower women with the knowledge and confidence to refuse to be a victim.” But why is it always women that have to be the victims?

Is there a self-defense class for males? Do they get the talk about how to defend themselves?

The class was a great way for women to be knowledgeable on self-defense, but I think there is more we can do as a society. Instead of teaching our women how to defend themselves, why not tell our males to not think abuse or assault is okay?

Go to the root of the problem and show people the effects of these crimes and why everyone needs to be educated. With this piece missing, the growth in abuse and sexual assault is only going to keep going.

Abuse has a victim and an attacker. Stop blaming the victim and look at the attacker as the one with the problem. They are the ones that think there is nothing wrong with using force to get what they want. Is this the society we want to maintain?

I’m happy the 10 or so women there on Saturday are now informed on self-defense, but let’s take a look at another side of things for once and teach males about defense and prevention of abuse and assault.