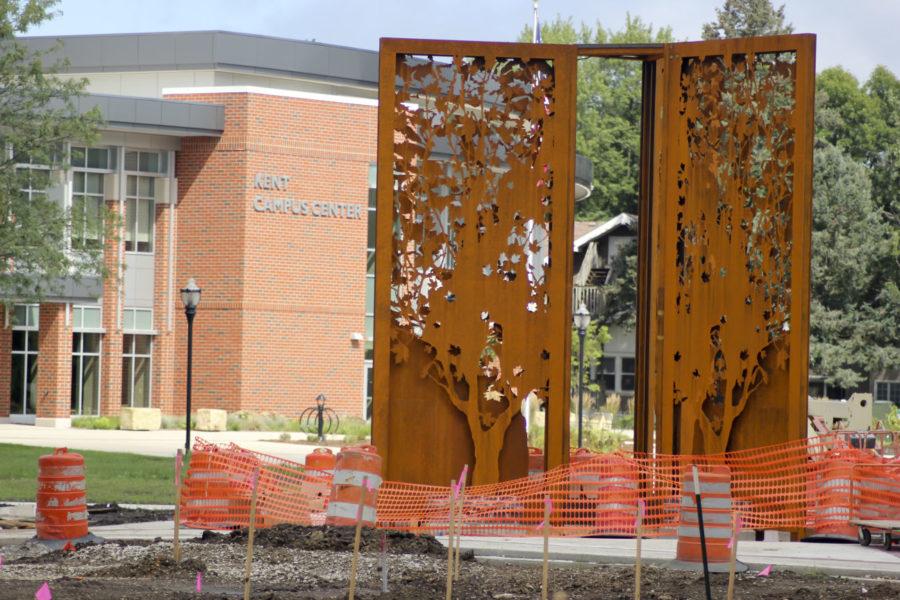 by Steffi Lee, editor in chief

Despite the rain, Simpson College officials say they’re still moving forward with the construction along what used to be C Street.

“The rain’s delayed us probably by six weeks or so, maybe even more than that, so the project isn’t moving along as quickly as we’d hoped, but in terms of how it’s turning out, I think it’s looking great,” Jill Johnson, executive director of the Office of Marketing and Public Relations, said.

Weather issues mean workers can’t lay down cement or concrete, Johnson said. However, she said they’re progressing as quickly as they can.

“We’re not rushing it in order to maintain the quality of it in the long run,” she said.

The Pedestrian Plaza construction started right after graduation last semester and is slated for its dedication during homecoming weekend. They’re hoping to finish everything by the end of this month and if needed, final touches will happen in the beginning of October.

Just last week, crews performed an icon installation, which is the three-ring panel people can now see when walking by the construction site.

The icon installation currently consists of three panels and is only half done. When finished, it will have lights inside of it and can change colors. The glass portion, along with lights and other parts will be installed in the upcoming weeks.

Last year, the Indianola City Council passed a resolution allowing the city to sell the street to Simpson, which allowed the planning to move forward for the Pedestrian Plaza construction.

It’s a change for some Indianola High School graduates who are now seniors. When they graduated from high school in 2012, Simpson was a different campus. Senior Beth Baltes says the changes over the past years bring a unifying look to both the city and the college.

“I feel like Simpson is just improving,” Baltes said. “Also I feel like in a sense, Indianola, too. Indianola has expanded also and that goes into Simpson expanding and improving.”

The Pedestrian Plaza will be a culmination of everything on campus, Johnson said. She believes it’s a strong addition to the updates made in previous years, with the new student center, athletic facility and Blank Performing Arts Center.

“I think it’s a really great change and once it’s all done, I think people will see that it really unifies the campus and makes it one cohesive unit rather than being split by the street,” Johnson said.