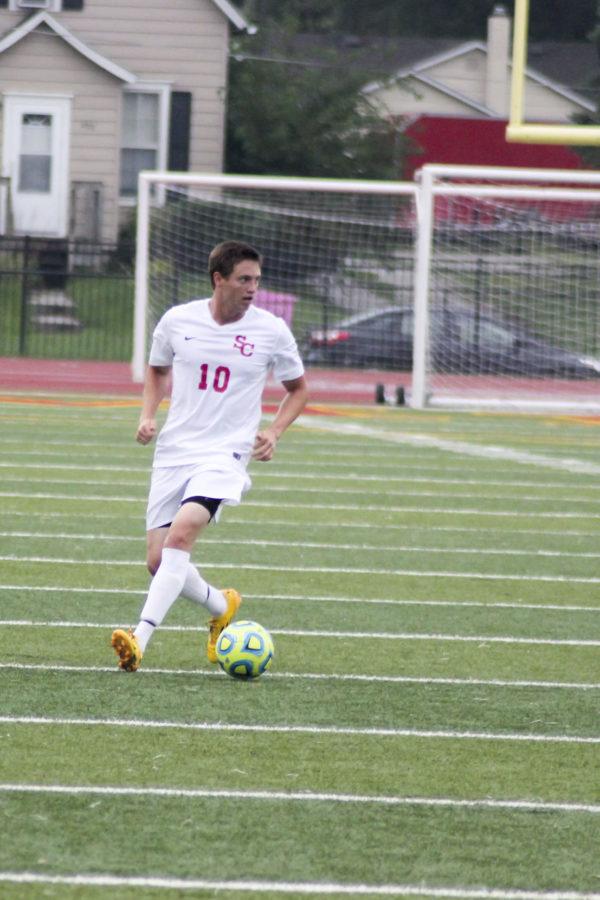 After waiting out a 45 – minute lightning delay before the opening whistle, Simpson continued their winning ways against the Bethel University Royals, downing them 2-0, and extending their all-time record to 12-7 against the Royals.

The Storm, despite allowing four more shots on goal and committing eight more fouls, were able to keep the Royals at bay when it counted. Senior midfielder, Spencer Cook, got the Storm out in front early when he beat the Bethel defense and put one past the keeper in the sixth minute.

Simpson clung to this 1-0 advantage until midway into the second half when Kyle Kusy gave the Storm a 2-0 cushion on a left-footed strike from 10 yards out.

Assistant coach Brian Duax took the reigns Friday in place of head coach Rick Isaacson, who was serving a one game suspension due to an NCAA compliance violation. Despite the promising result, Duax emphasized the need for his team to calm down and play more controlled ball going forward.

Duax’s words were echoed by his team in the post-game huddle as phrases like, “winning ugly” were used. The 2-0 victory for Simpson was the result they expected, although the theme of evening was that there was much room for improvement. Duax is encouraged by the team’s depth this season, and it showed Friday night as Simpson went to their bench often over the 90 minutes.

“It was good to come out and get this [win] under our belt even though it was a little bit ugly, it was good for us,” mentioned Cook.

Cook also contributed with an assist of his own as did junior midfielder, Marcus Varnum, who is coming off of a first team all-IIAC season in 2013.

Surprisingly, striker, Mitchell White, who notched 14 goals last season, did not make an attempt on goal on Friday, something that only happened once in 2013. White still sits at 34 career goals, only two short of the Simpson record set by Angel Salcido from 2002 to 2005.

The Storm will play 11 more non-conference games before entering into conference play on Sept. 27 against Wartburg College. This stretch of the season weighs heavily into their push for the national tournament.

“These non-conference games are huge for us because we have a very tough conference,” said Cook. “If we don’t win conference we still want to make the national tournament, so we have to build a good resume and beat these quality opponents who aren’t in our conference.”

The Storm return to action this week with games against St. John’s University from Minnesota and Nebraska Wesleyan before heading to the Concordia-Moorhead Tournament on Sept. 6th.