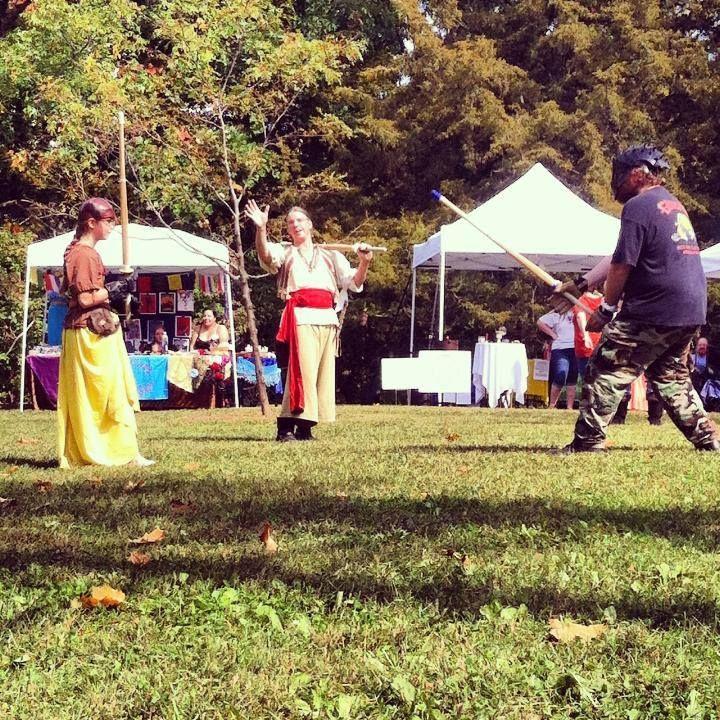 Junior Erin Webb learned a lesson this past Saturday.

“Find a faith. You do not have to find our faith, but find a faith you can connect with.”

Webb said this lesson was something worthwhile.

“I thought that was really nice. A lot of times, when you attend religious events, you end up feeling like people are trying to convert you, and that was not the case there,” Webb said.

Webb was one of four students that traveled to Granger, Iowa for the fair. Other students who attended were MacKenzie Bills, Colby Baker-Thayer and Virginia Atwell.

Bills, a junior and the Interfaith intern, planned to take students to the fair after contacting a pagan speaker through social media.

When asked to define what paganism is, Webb explained there is no definition or structure to the religion – it is individual based and complex. Because of this complexity, there are a lot of preconceived notions regarding paganism.

“One of the common preconceptions about paganism is that they all do witchcraft, which is all I knew about paganism before I went, and that’s not exactly true. What I learned is that all Wiccans are pagan but not all pagans are Wiccan. That was an important distinction that we talked about,” Webb said. “Basically, paganism is anything that you want it to be.”

The Pagan Pride Fair, according to its website, is intended to advance religion and eliminate prejudice and religious discrimination. They achieve this by balancing education, activism, charity and community, which are inspired by the elements of nature: air, fire, water and earth, respectively.

According to Bills, the contact who invited students to attend was hesitant at first. Bills explained that the pagan religion has faced difficulties from people who do not understand the religion in the past, but the contact was eventually reassured the students would be open-minded.

Once the students arrived, they were asked to pay admission by donating a non-perishable food item. After signing in, they were greeted by the contact who invited them and informed that they would have the opportunity to sit in a workshop with a Pagan High Priest.

“I enjoyed talking to the High Priest,” Bills said, “he told us about what he believes and what paganism is and that was really cool to hear. I am still learning about what it really is. I like having one on one conversations with people about what they believe so I really liked that.”

“We had a lot of questions,” Webb said. “I literally knew zero things about paganism before I went. I learned a lot.”

Once the priest finished answering questions, the students were able to roam the grounds and visit numerous different vendors including tarot and crystal readings, intuitive henna, healing jewelry and food vendors.

After eating, the students were able to experience a few unique performances.

“They had some belly dancers come and that was really cool. Along with that they had sword fighting. It was really fun and it wasn’t choreographed. It was very interesting,” Webb said.

“I always wanted to see something like sword fighting. They really just brought people out and dueled,” Bills said.

After spending approximately three hours at the fair, the students headed back to Simpson.

“I really enjoyed it. It was awesome,” Webb said. “If they were ever in the area again, I would definitely go back.”

Both students expressed an interest in bringing someone from the pagan community to talk to Simpson students.

“I think the first step is to get rid of the stereotypes about paganism. We should just say on campus what paganism is and try to define it,” Webb said.

“Any time people can learn more about other people, cultures, and beliefs, it’s really awesome,” Bills said. “It was a really good day.”