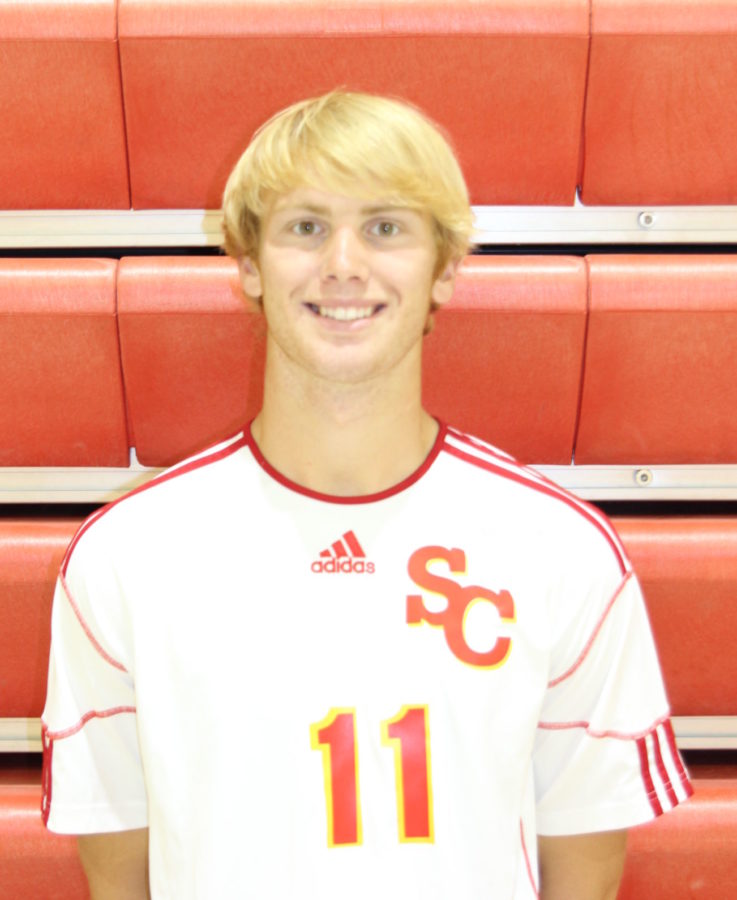 INDIANOLA, Iowa – Simpson improved to 7-3 on the season in 3-1 win over UW-Whitewater (4-2-1) Sunday, riding a goal from Cody Jacobson and two scores from Senior Mitchell White.

The Storm jumped out 1-0 in the 5th minute when Cody Jacobson wove through two UW-Whitewater defenders before slipping a shot by a diving Warhawk goalie. Whitewater responded quickly, scoring two minutes later on a score which was deflected in by Ryan Reid.

After tying Angel Salcido’s all-time scoring record on Friday, Mitchell White broke Salcido’s record and the 1-1 tie with his 37th career goal in the 54th minute.

“It was a little bit of a blur,” said White reflecting on the goal. “We had a set piece just outside of the 18, and Marcus served a great ball. I found myself alone, somehow lost my mark, I don’t know if he got picked, and I put it high over the goalie and it went in.”

White wasn’t done yet as he scored again in the 84th minute after being left alone at the top of the box, giving the Storm the 3-1 lead they finished the game with.

“Yeah, Mitchell is always going to do what Mitchell does which is come up in big games and score big goals,” said head coach Rick Isaacson. “And that’s what you saw for us today.”

UW-Whitewater threatened often but six Zach McEntee saves and a resilient back line kept the Warhawks at bay.

Simpson is now riding a three-game winning streak, which they’ll take, into play on Tuesday as they host Westminster. This game is set for a 4 p.m. start.

White has now scored three goals in his last four games and sits at 38 career goals, looking to tack onto a goal total in a season with at least 10 games remaining. For now the senior out of Decorah is just looking to enjoy his record breaking day.

“This is definitely up there for games playing at Simpson beside some wins we’ve had in the conference tournament,” said White. “But, as far as individual performances this is one of the greatest days I’ve had.”