Opinion: Why yoga surprised me 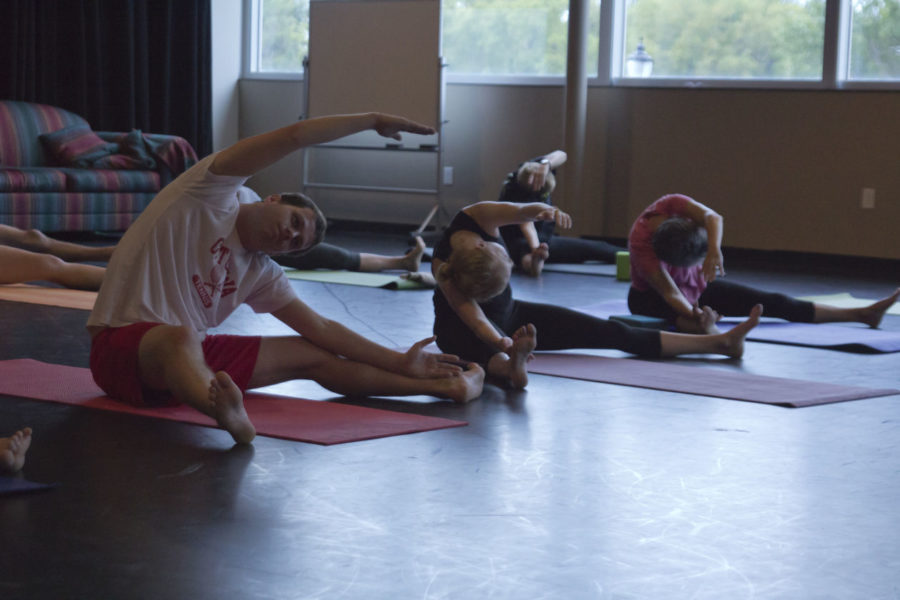 If you are someone who cares about how they appear in front of others, I highly suggest you never try yoga. All jokes aside, I tried a yoga class offered by Simpson College for the first time this past week and found it to be an energizing, yet relaxing, way to stay fit and active.

I was very skeptical about giving this ancient Indian, now over-popularized western, form of exercise a try when asked by my editor because I am exactly the sort of person I mentioned before. I am very self-conscious and always worry about how I appear around others, so not knowing a single thing about yoga bothered me. Later on I realized this would not be an issue.

I showed up to the session of yoga early enough that I had a chance to talk to the instructor and informed her I was a yoga virgin.

Realizing my concern, she explained to me that the yoga she taught was breathing focused, since bringing in air to the body connects every part of the body. Hearing that, I thought the 75 minute session with my editor — a yoga veteran — would be a piece of cake.

In the beginning I found the stretches and positions quite simple, something anybody as inflexible as myself would be able to do. As we went further, I was proven wrong.

The more in-depth we went, the more I realized I was in slightly over my head, or at least felt like it. As the instructor told me the focus of the practice of yoga was the breathing, I found it very hard to focus on my breathing while trying to make sure I was doing the poses in a correct manner.

To make things even more complicated, our instructor announced that we would be doing a vinyasa, or yoga with movement. This is where my focusing on breathing went out the window, and I was simply trying to keep up and make sure I didn’t look like a complete moron.

Now this piece may make it sound like I didn’t enjoy my time, but you’ve got me completely wrong. I did enjoy the experience. Being someone who is used to more conventional forms of physical fitness, I did enjoy the slow paced and relaxed feeling of yoga.

I also eventually realized that I needed to get over worrying about how I looked to the others around me. In my time, I realized that yoga is a very personal activity where one is to focus on themselves and not their surroundings.

The other part I found enjoyable was the overall sense of energy and alertness I felt after the activity. When I was told by my editor that the session began at 6:30 in the morning, I thought I was in store for a long, tiresome day.

This was far from the truth. My first plan when the session was done was to sleep for an hour before heading to classes. Instead, I made a large breakfast, planned out my schedule for the day and even got a little bit of homework done. In classes I felt more alert and ready for whatever the professors had to throw at me.

Overall I found yoga to be a great activity that that anyone at any skill level can take part in to better him or herself. While I’m far from being a master of yoga, I do plan to continue attending the classes whenever possible.