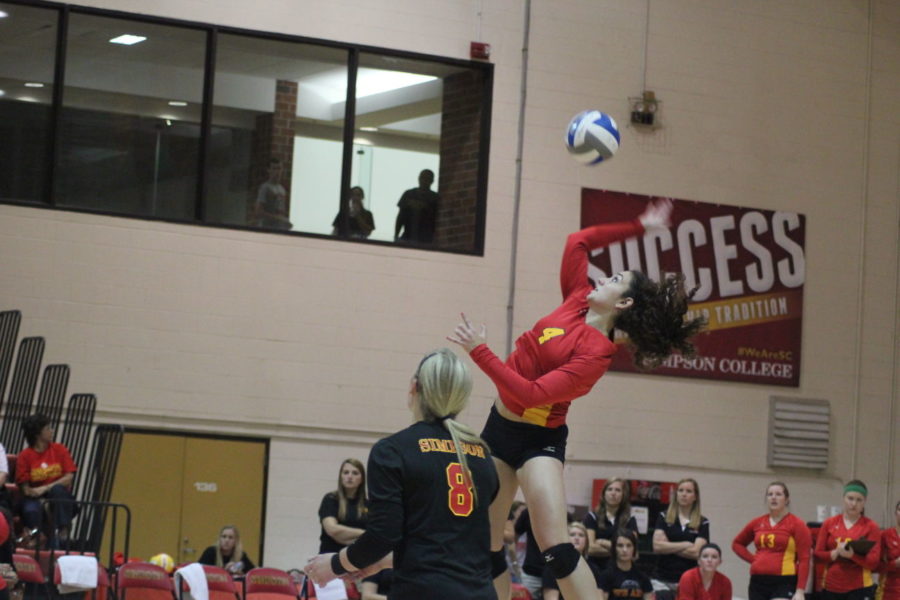 The Simpson Storm had their IIAC and home season opener Thursday night against conference favorite, Wartburg. Simpson lost in a four-game set.

The Knights of Wartburg started off hot, getting out to a comfortable 14-4 lead in the first game that led to a 25-13 win.

Simpson turned it around in the second game. The Storm got out to a quick 5-2 lead, which forced Wartburg to take a time out. They increased their lead by scoring three straight off the timeout to increase the lead to 8-2. Wartburg then took another timeout. Simpson continued to pour it on and took advantage of the 7-0 run which resulted in a 25-13 win in the second game.

However, Wartburg proved to be the better team at the end of the night by winning the next two games by scores of 25-8 and 25-18. Wartburg jumped out to a commanding 14-3 lead in the third game, and Simpson had no answer as the Knights won the third game with ease.

The crucial fourth game tested the wit of both teams, as it was a back and forth battle throughout. Simpson took a 10-7 lead to force a Wartburg timeout. Wartburg came out of the timeout and went on an 11-3 run to take an 18-13 advantage. Wartburg carried the lead to the end, which concluded the set.

Tabitha Blaser lead the Storm in kills with a total of 12 while Jacqueline Luth and MacKenzie McGraw had nine kills apiece. Katie Kieffer dominated the court with 36 assists in the match.

The Storm continue their conference play on Tuesday, Sept. 23 when they play host to Luther College.