Students get involved with organic garden 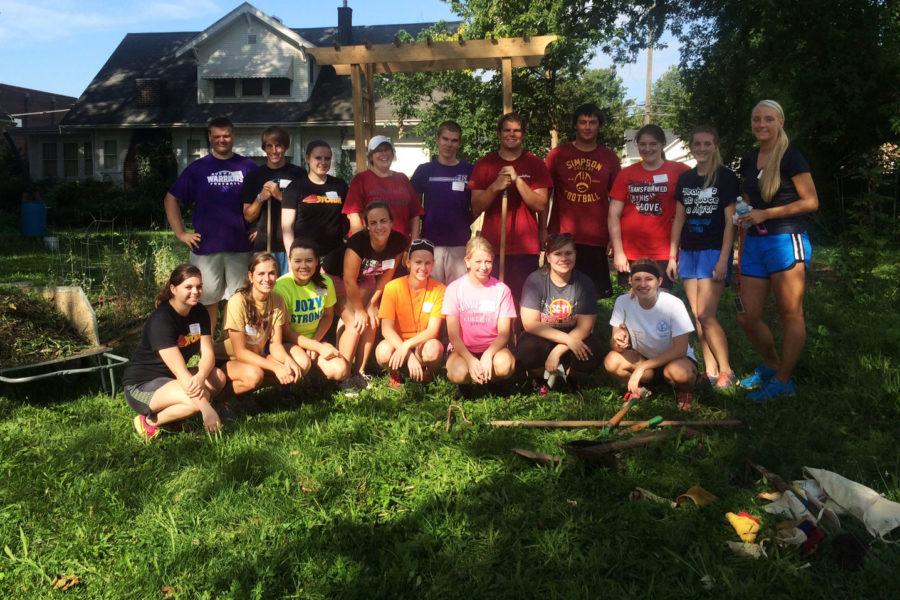 Five years ago, the Environmental Awareness Club (EAC) started an organic garden. At that time, students saw a need on campus and in the community for organically grown food products. Creating a healthy sustainable food source was one of the original goals for the garden.

An organic garden is one that uses only organic materials. There are no chemical pesticides or fertilizers used in any stage of the process. Even the seeds planted need to be organically grown before being put in the ground.

Originally, there was one garden started in 2009 located by the Pi Beta Phi sorority house on campus. According to Jerry Kelley, an executive assistant to the president, EAC wanted to start a second plot and set one up behind the Women’s Resource Center.  However, the second plot was not tended consistently and is not currently being used.

This summer, junior Victoria Halloran decided to take on the challenge of the garden by Pi Beta Phi. Halloran is a double major in sociology and public relations, with a minor in sustainability.

After learning about the gardens, Halloran was interested in working with them. She met with Kelley and discovered there was no manager for the organic gardens. Halloran stepped in and took on the role.

Currently, the garden by Pi Beta Phi is the one that Halloran has been working on all summer. Because the garden hadn’t been tended for a while, there was plenty for Halloran to work on.

“Nothing was planted,” Halloran said,   “There were some onions coming up, but everything else was pretty much weeds.”

For the first part of the summer that is what she worked on, but she wasn’t the only one. Junior Megan Wood helped Halloran throughout the summer.

Wood worked in Holy Grounds with Halloran, which is how she got involved.  One day, Wood just showed up at the garden and helped with weeding.  She believes the garden will ultimately benefit students because they have some freedom to do what they choose to.

“There’s a lot of hope in it because it’s just this blank space that we can fill up with whatever we want,” Wood said.

For both women, the goal is to get the word out about the garden. In the summer, the vegetables that had been planted after weeding, were taken around campus and given out to those who were around. In the long run, Halloran would like to give the product to Helping Hands.

Wood and Halloran received an opportunity to spread the word about the garden right when the school year started.  Professor Barb Ramos’ Simpson Colloquium 101 class, Leadership and You, worked in the organic garden during their community service day.

Ramos had wanted to find an example of student leadership to show her students. The organic garden was developed by students because of a need they saw in the community and that is what Ramos wanted for her class.

For some students, that experience had an impact. Freshmen Ben Bruggeman and MaKayla Curiel want to keep working with the garden. Both enjoyed working in a garden and being outside for the community service project.

It wasn’t just being outside that they enjoyed.  The students discovered what Ramos wanted them to.

“We all took different roles and used teamwork,” Curiel said.

Bruggeman said it went a lot faster than expected because they all worked together.

While both acknowledged that weeding was not the most fun, it was a task where they could measure their progress.  Bruggeman and Curiel liked being able to physically see how much they had accomplished.

“Seeing it once it was finished was the best part,” Bruggeman said.

Halloran is hoping that Ramos’ class will help bring more volunteers to the garden because it’s something where volunteers would be able to show others the progress they’re making.

“I think it’s really cool for students to volunteer and actually see results,” Halloran said, “When you produce something in the garden, it’s something you can share with your friends, and family and neighbors.”