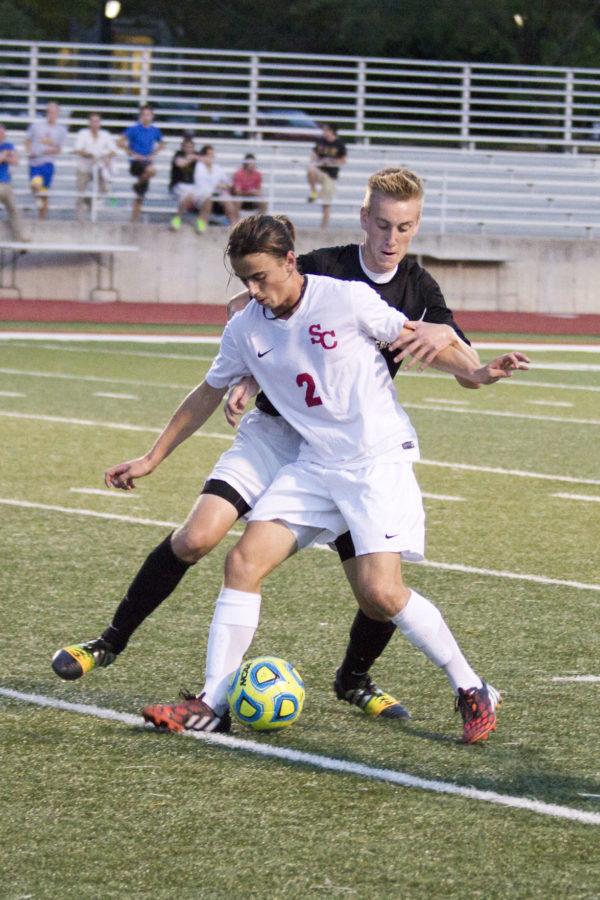 The first goal of the game came in the 4th minute after Varnum intercepted a pass from the Upper Iowa goalkeeper.

This lead stood until the 60th minute, when Aaron Calkins responded after recovering his own shot to knot the game up at 1 for the Peacocks (1-1-1).

The game looked like it was going to be headed into overtime until Varnum bookended the game with goals, tucking the game-winning score away in the 86th minute. Garrett Pochop assisted on the goal.

This was Varnum’s third goal on the year and his second career multi-goal performance.

“It was a big win for us that we deserved in the long run,” said Varnum.

Despite being outshot 20-8, the Storm (4-2) were able to hold down the Peacocks when it counted. Zach McEntee helped this cause with 5 saves.

Simpson will have a few days rest before heading up to Des Moines to play AIB on Monday at 6 p.m.