Tab Blaser: More than the stats 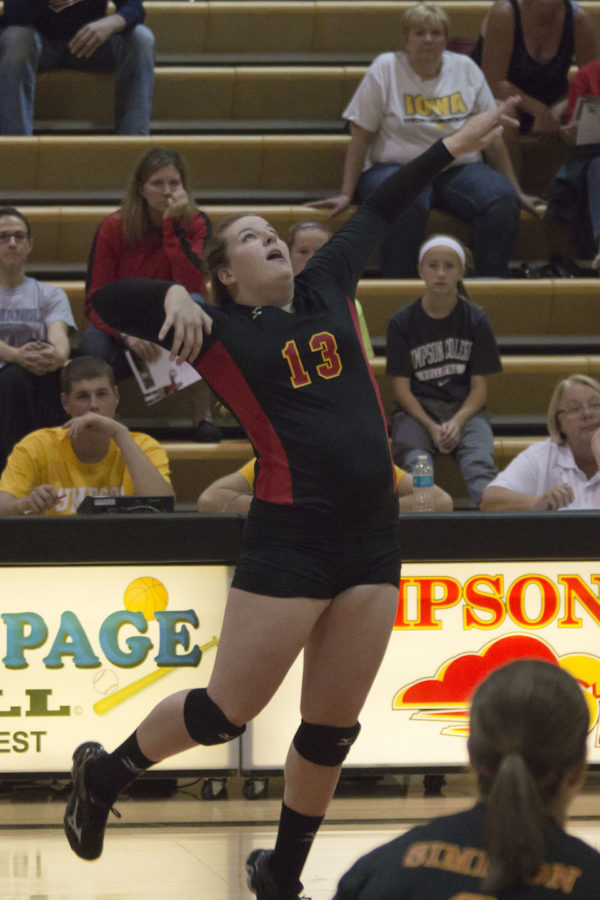 The number is 835 and counting. That is the number of kills that junior Tabitha Blaser has in career, which is a record at Simpson. She adds on to the record with each game that she plays, but she doesn’t want all of the credit. “I really credit the entire team. The passers, the setters, everyone. None of this would be possible without all of them putting it together,” Blaser said.

Blaser is extremely passionate about the game of volleyball and lives for the big moments. “There’s nothing better than being in crunch time and having someone get a good dig and then seeing someone go up and spike it,” she said. When asked if she was referring to herself, she responded, “No, I love seeing one of my teammates get it and then celebrating with them afterwards. It’s such an awesome feeling. I love it.”

Blaser is obviously a key factor to Simpson’s gameplay, but she contributes in many other ways as well. “She is very solid in all of her skills. She can play a six-rotation for us; she gives us some flexibility there, coach Lana Smith said. To go along with her kills, Blaser also has 445 career digs, 295 career sets, 31 career assists, and 29 career service aces.

Smith is high on the intangibles that Blaser possesses. “Tab’s an amazing teammate. She’s one of those that is a great mentor to the new folks that are coming in. She is just a very coachable, well respected, and a very likeable person,” Smith said. “Her biggest contribution is who she is. She is such an excellent role model and great teammate.”

Next time you catch a Storm Volleyball game, you can be sure that Blaser will be increasing her impressive record with each set that passes by.