Opinion: Don’t let your body define who you are 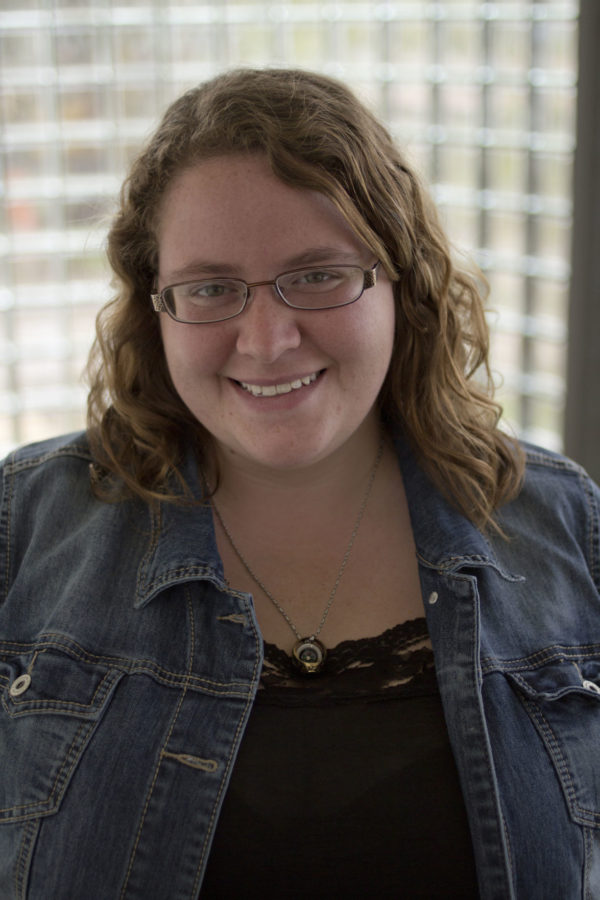 Self-esteem and body image: two closely related topics that are not only wreaking havoc in our society, but are infesting Simpson College’s campus.

It surrounds us every day. Every time we look in the mirror and frown, or when we call someone else, or ourselves, fat, we are participating in the issue. Just look back on the past week and think. How many times have you heard or said, “I look so fat in this outfit,” or “she is too skinny/ large”?

I am guilty of it, just like most students on campus are. We are also all victims.

According to the National Association of Anorexia Nervosa and Associated Disorders (ANAD), of 185 female college students, 58 percent felt pressure to be a certain weight. Of the 83 percent that admit to dieting for weight loss, 44 percent were considered average weight. This does not include the male population, 10-15 percent of whom suffer from anorexia or bulimia.

Why do we feel this kind of pressure, sometimes so severe that we are willing to harm our bodies to become skinnier? One predator can take partial credit: mainstream media.

ANAD reports the body type most commonly advertised for being ideal is only possessed naturally by 5 percent of American women.

Furthermore, according to the National Eating Disorder Association’s (NEDA) website, the average Miss America winner, whom many adolescents see and admire, is 5’7” tall and weighs only 121 pounds, compared to the average American woman measuring 5”4 and weighing 165 pounds.

We are all surrounded by advertisements of these unrealistic body types, which are also commonly edited by programs such as Photoshop, every day. These images affect how we see others and ourselves.

During my own high school experience, I faced ridicule in response to my body. I have been called names such as ‘hog’, given disgusted looks when eating at a restaurant and been told by an unfiltered child that I had a large tummy. With every look and every comment, my personal body image suffered.

I was eventually led to believe that my body was worthy of shame. I was plagued with a fear that I would annoy or inconvenience the people around me simply by existing. I was taught to memorize the lines on the floor when walking through a crowd, attempt to make myself look smaller and to eat less so that maybe someday I would be skinny enough to belong.

Sadly, this is not a situation only I have experienced. Far too many students on Simpson’s campus alone have shared their frustrations regarding their bodies. I am not the only person who gets upset after reading the comments section of YouTube, nor am I the only person guilty of walking past a reflective surface and criticizing the way I look.

I hate my body because I fear and know other people judge me for it.

In fact, the topic of body size, whether being too skinny or too fat, has become a national controversy. This controversy is a contributing factor to body shaming and low self-image.

We opt to see appearances as defining of the soul inside. We, as a society, have turned people into debates, making assumptions about their personality, work ethic and health; none of which we can know by looking at outward appearances.

During my junior year of high school, I was diagnosed with polycystic ovary syndrome, a common disorder among women that causes, among other symptoms and complications, obesity. It makes it easy to gain weight, and difficult to lose weight. In fact, there are numerous disorders leading to obesity, such as Prader-Willi syndrome or Cushing’s syndrome. These disorders cannot be seen from the outside, which leads the majority of society to brush off an overweight person as not eating healthy or not exercising.

I am overweight, yet I eat healthy foods, exercise as often as I can and am considered to be healthy. You would not, however, know that by looking at me, or anyone else.

Being overweight is not the only body issue, though it is one of the most commonly targeted. Athletes are also victims of this body-shaming society, and are some of the most at risk.

According to a NEDA study, over one-third of female athletes are reported as at risk for anorexia nervosa. Though the majority of athletes with reported eating disorders are female, male athletes are also at risk – especially those involved in sports emphasizing diet and weight such as wrestling.  These students are equally shamed and pressured throughout their lifetimes to look a certain way and often suffer bulimia in an attempt to match expectations.

This is something that, as a society and college campus, we must battle from within. Weight stigmas hurt all people, regardless of body size or shape. My size does not define me; it does not define any of us.

I do not always feel ashamed. I no longer fear annoying people with my existence, because my impact on the world does not depend on the amount of space I take up with my flesh. Even though there are days where I still fear, still feel vulnerable and insecure, I know my worth.

Do not look at yourself – or anyone – as being too much or too little. You are not too fat, too skinny, too tall, or too short. Your hair is not too frizzy or too flat. You are beautiful, handsome, and perfect. Accept the way that you look, accept the way others look, take care of your body with the intention of being healthy, not skinny. The greatest battle we will fight in this war is to change the way that we think, and the rest will follow.