Opinion: Standing up for ourselves 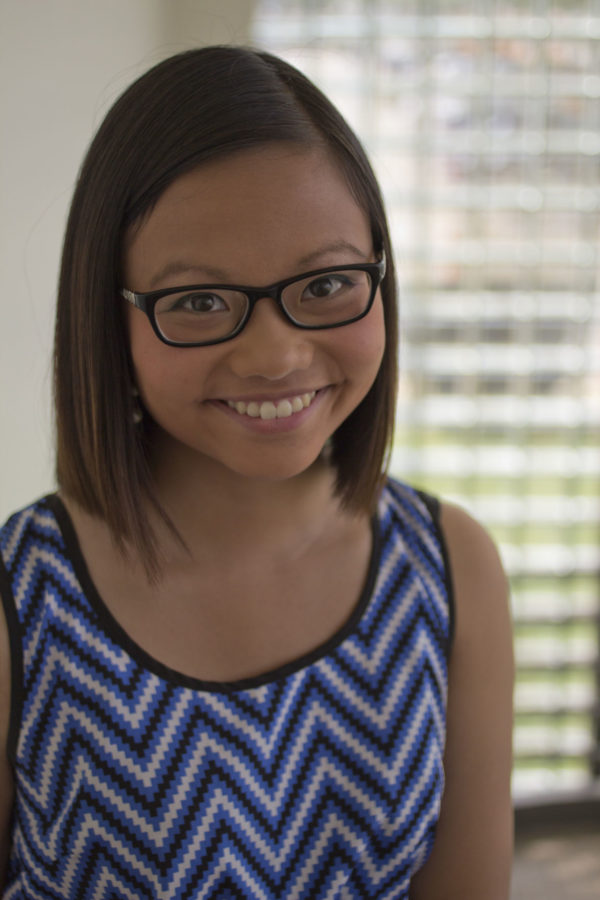 by Steffi Lee, Editor in Chief

We started talking about the feminism movement in my U.S. Media History class recently, and the questions brought up aligned with everything I’ve been thinking of now that I’m trying to plan what I need to do in the working world.

What do I need to do in the working world?

Sheryl Sandberg, chief operating officer of Facebook, says women should lean into their careers so they can succeed. This idea resonated well with many 20-somethings like me, who have big dreams of making it far in any career we choose. It still does – this conversation goes on daily through opinion pieces, forums, tweets and more.

Now I’m officially part of that conversation – my adviser and I both realized a week ago that I’m able to graduate a year early. I accepted that idea immediately and turned in my graduation application in the same hour.

I should be fine, right? I’m saving money and now I have a chance to start doing what I love at an early age.

My parents, friends, professors and mentors all have the same message for me when I get stressed about jobs and classes. They say worrying is okay, but I shouldn’t feel this way because everything will be fine.

But at 20 years old and working in multiple male dominated environments is intimidating. What’s also horrifying is as an aspiring television news reporter, news directors can pop out your reel in less than a minute. They don’t even have to care about storytelling because in the first couple of seconds, they just have to look at you and hear your voice. I’ve mentally prepared myself for that to happen, and after speaking with plenty of professionals in this industry, they’ve all gone through the same worries I’m currently experiencing.

Every time I read about leaning in, they all follow one path or another. If a female builds her brand and succeeds in her career from being bold, then she often has it better than the female who doesn’t. I know it’s hard to generalize and situations are different for everyone, but those who lean in do seem to build successful careers. They also know how to manage a work-life balance that won’t make sense to any 20-something.

‘You need to be cocky and confident’

Women are said to be quiet in the workplace, due to intimidation or because they’re trying to stay away from building a reputation of being too rude.

Sometimes, we’re reduced to feeling like we shouldn’t apply for certain internships or jobs because we feel like we aren’t worthy of doing so.

If there’s anything females need to do in the media industry, I’ve learned, it’s to not stay quiet. Whether it’s inside the office or out on the field, it’s worth taking the risk.

That doesn’t make it any less scary. I recently had a conversation with a friend regarding how intimidated I felt doing the job I loved.

He told me I needed to be cocky and confident, and if I already wasn’t doing that, I needed to start.

When Jill Abramson, former New York Times executive editor, was fired, she talked to reporters at Cosmopolitan saying she wasn’t ashamed. She opened up about how publisher Arthur Sulzberger Jr. said her management style was problematic and how women editors sent her flowers after Politico profiled her negatively.

She said she wasn’t ashamed, but did cry after reading that article.

“I don’t regret admitting I did,” Abramson said. “The reason I wanted to do this interview is that I think it is important to try to speak very candidly to young women. The most important advice I would still give – and it may seem crazy because I did lose this job I really loved – you have to be an authentic person. I did cry.”

Standing tall and constantly pride in your own work is hard after hearing how it can hurt your reputation to seem proud of your work. As a result, it’s natural for many of us to feel like the work we produce is subpar.

Standing up for yourself

Women in the workplace struggle to lean in and to act confident in many situations, but those who have leaned in made it easier for us. That’s what I’ve realized through conversations in U.S. Media History. I know it’s what I need to do.

It’s what we all need to do in order to survive in this economy.

So in honor of the women who pushed hard to get us rights, proved that we could do well in the same jobs males do and fought sexism in the workplace, we’ll make you proud.

We’ll stand up for ourselves, the way you did for us by standing your own ground.