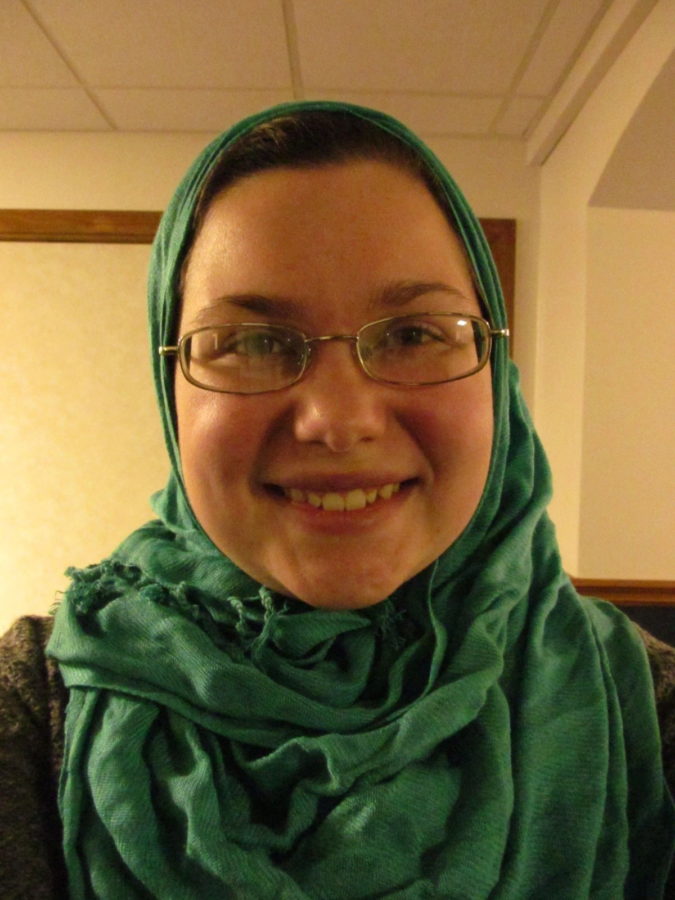 The first time freshman Andrea Casaretto’s aunt saw her wearing a hijab, she called her “un-American.”

Her mother had a similar response when she found out Casaretto was converting to Islam.

“I started going to church, I was feeling really awesome, was in youth group and then suddenly I just started not going anymore and pretty much lost all faith in God completely,” Casaretto said.

After Casaretto met Muslims over Facebook, she embarked on a yearlong research of the Islamic faith resulting in her conversion during her junior year.

“Most people when they convert probably go to a mosque and say the Islamic creed, Shahadah, with another Muslim present. But it doesn’t say that it’s required to do that so I took it upon myself to say it and have the intention that, I am converting now,” Casaretto said.

Casaretto’s faith has affected many aspects of her life, including her eating habits (she stays away from pork), social life (she refrains from drinking alcohol and going to parties), views on social issues (she now holds a pro-life stance on abortion) and the way she dresses.

“We are supposed to dress more modestly, I guess it is to not distract other people and God is watching everything that you do so be modest because he’s watching you,” Casaretto said.

Casaretto began wearing a hijab, a veil that covers the head and chest, to school, and her peers would make racist comments and give her weird looks.

“One time going down the stairs into the cafeteria, someone made the Arabic noise that people make at weddings, it’s really loud, and they made that right in my ear. One, my family is European heritage. I’m not Arab, just because I have this on my head. It’s a religion, not a race,” Casaretto said.

Casaretto decided to retire her hijab after three months of bullying.

“I just couldn’t handle that, personally, because I’m a sensitive person so I decided that I cared about what people thought and just didn’t wear it anymore so people would leave me alone,” Casaretto said.

“Everyone I’ve met, who’s Muslim, completely disapprove of the actions the extremists carry out and love America. And I don’t see why we just put a whole label on everybody and automatically look at them as terrorists because they’re Muslims,” Casaretto said.

She urges every American to become more educated about Islam and the majority of people that practice it, rather than the extremists.

“Muslims aren’t bad people, I promise you. I do not support blowing up people,” Casaretto said.

Even though Casaretto has faced the disapproval of many people since she converted, she knows she made the right decision.

“Ever since [converting], my life has been going a lot better,” Casaretto said. “And I feel like I’m not alone, I know that there’s someone there. He’s watching us, he’s guiding everyone whichever way he pleases, and that’s fine.”