Getting hairy on campus, raising awareness of disease 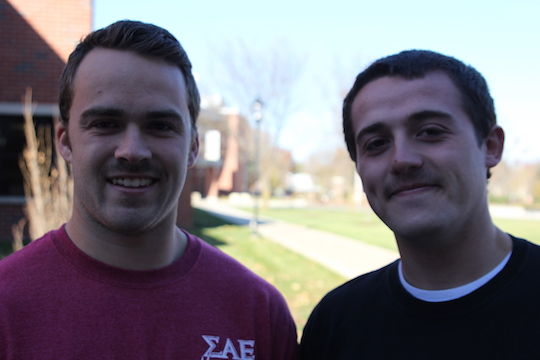 Simpson College students are putting away their razors, shaving cream, wax and scissors in celebration of No-Shave November. As the leaves fall and the Thanksgiving turkey bakes, these students will be joining a cause to bring awareness to a lethal disease.

However, many students do not know what they are raising awareness for when they are throwing out their razor blades.

No-Shave November was established in 2009 as an online, non-profit organization dedicated to raising awareness and money for the American Cancer Society.

Cancer is the second most common cause of death in the United States. According to the American Cancer Society, there are an estimated 17,730 new cancer cases in Iowa this year. Approximately 586,000 Americans are expected to die from the disease.

“I’ve been doing No-Shave November since January,” said art education major Jazmine Johnson, sophomore. “Why not raise awareness and be little lazy at the same time?”

In addition to growing hair, participants are encouraged to donate the money that would have otherwise been spent on grooming.

A partnership between the No-Shave November organization and the American Cancer Society ensures that 100 percent of the proceeds will be spent on research, prevention, education and continuing care.

The founder of the organization, Rebecca Hill, decided to create the project after losing her father to cancer. According to the website, she aspired to find a fun way to raise awareness capable of engaging all people regardless of age, gender or income.

The answer she found was to stop shaving – a concept quickly embraced by college students.

This month, students, business executives, police officers and professors from different areas of the United States are letting their hair grow out in honor of the project.

However, as an unintended consequence, the purpose behind the month has become blurred as people view the event as a game rather than a philanthropic event.

Johnson believes all people should participate and learn more about why they are growing out their hair.

“It supports a good cause and takes stress off of your appearance,” she said. “When people participate, it shows how they are becoming comfortable in their own skin.”

Typically, men are the most active participants. However, there has been a bigger push recently to extend gender boundaries.

Noah Peters, a first-year student, made the pledge to stop shaving for the month and is already growing proud of his growing facial hair. He has noticed the lack of female participants and blames social norm for having kept women from becoming active.

Many women feel they would be ridiculed if they grew out their leg or armpit hair, regardless of the charitable intention.

As a response to this belief, some Simpson men are opting to celebrate “full shave November,” according to Peters.

“Some people I know are sick of it, so they are shaving their entire bodies to support women’s rights,” he said.

According to Urban Dictionary, “full shave November” recently appeared as a side project to No-Shave November. It is intended to stand up for women who are shunned for going against the social norm – categorizing women who do not shave as unacceptable.

It encourages men to shave their facial hair, armpits and legs, reversing gender roles and defending women who are scared to participate in No-Shave November.

“Women shouldn’t have to shave their legs but society tells them that they need too,” Peters said. “If my girlfriend doesn’t expect me to shave my legs, I shouldn’t expect her to either.”

Plus, Peters adds, it is a lot of fun.

“It is funny to not shave for an entire month and then see what you look like at the end,” he said. “It’s a fun time.”