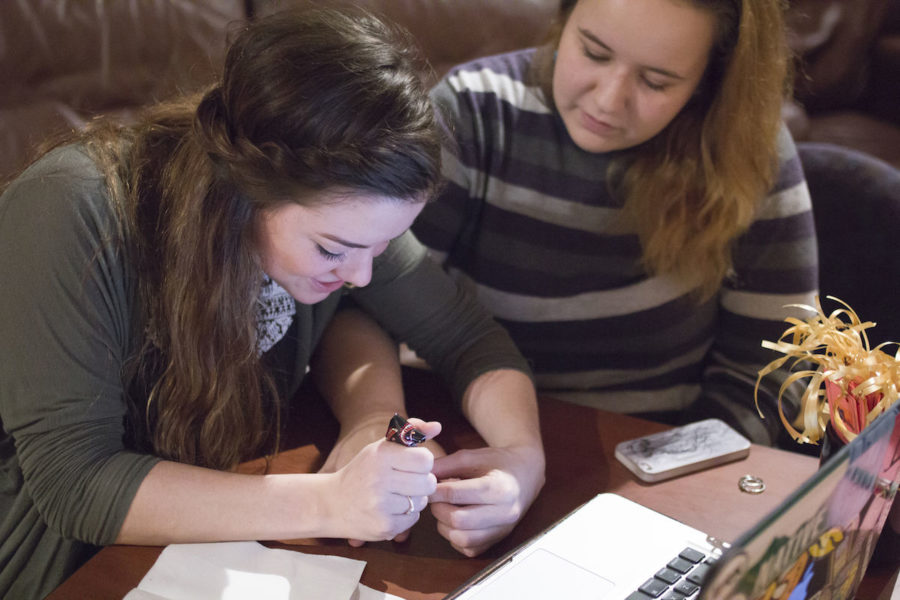 Intrigued by the idea of having a non-permanent tattoo, sophomore Hannah Friesen discovered a way to get inked by using henna. Since that day, Friesen has started her own business, Henna Creations, which helps others temporarily tattoo their skin.

All last summer Friesen spent her time working at summer camp with children. It was during this camp that her desire to get a tattoo grew. However, Friesen is a music education major at Simpson College and thought that having a permanent tattoo wasn’t a good option.

“I really wanted a tattoo, but since I am going to be performing my whole life I probably shouldn’t get one. I thought, maybe I should try henna,” Friesen said.

Friesen is planning on being a performer after going to graduate school, and then possibly settling down to be a teacher or music instructor. Since her dream is to be in the spotlight, she decided creating henna tattoos would be a good compromise since the tattoos are temporary.

Henna is created by the henna leaves getting crushed into powder. Then, oils are added to give it a paste like texture. When it is applied to the skin, it starts out orange and over three days the henna will darken with the changes in body temperature. It turns a dark brown color that will then last about a week or longer on the skin.

After her decision to explore henna, she decided to order some from India to try it out. As soon as she started doing henna at camp, she realized how fun it was.

“I gave all my campers tattoos and noticed I was kind of good at it,” she said.

That’s when Henna Creations really took off. Friesen started out giving henna tattoos to close friends. Since then, she has provided henna for lots of people in the Simpson community. She has given tattoos to Simpson students, her sorority sisters at Kappa Kappa Gamma and has even done henna at Drake University. Last month, she worked a RLC Diwali event where she gave Simpson students tattoos for the annual Hindu celebration.

Friesen has become invested in the henna work that she done. She enjoys the culture behind henna.

“I think the Indian culture is really cool. [Henna] is like decoration and can have lots of symbolism,” she said.

In India, and other countries that practice henna art, the ink is used for weddings, on the bellies of pregnant women and on newborn babies.

Not only does she appreciate the cultural aspect of henna tattoos, but she also enjoys expressing her artistic side.

“I like being creative. I was super into art in high school and each henna design is different so it is fun. You also get to know the people you are giving henna tattoos to,” Friesen said.

Henna Creations has taken off since this summer, and Friesen is excited to bring henna tattoos to more of the Simpson community and expand her business even further.