Greek communities at a crossroads with campus sexual assaults 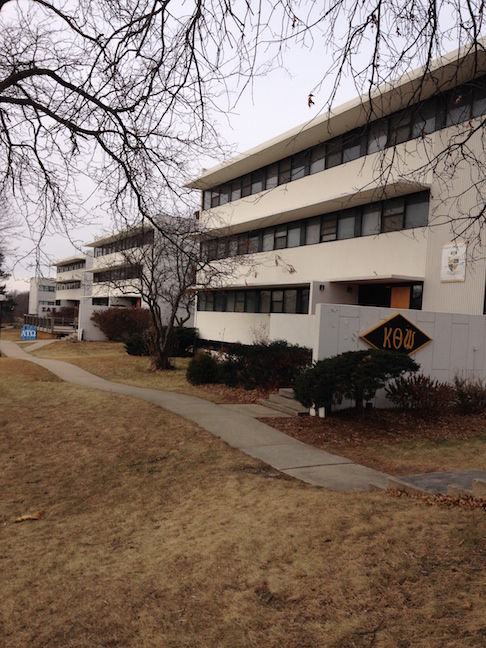 Take a second and reflect on a party you went to this semester, or throughout your college career, was there alcohol involved? Were you or a friend caught in an uncomfortable situation? Did you stop it from happening or did you tell someone after it happened?

Sexual assault is a real problem on college campuses. It can happen to anyone, anywhere and needs to be talked about. No matter the size of campus, incidents happen. Whether they are swept under the rug or addressed is another issue. Sexual assault has been a hot topic across the nation on college campuses, especially surrounding Greek communities.

“I think the fraternity/sorority experience is awesome, when it’s done right, but it can go so wrong,” Kristen Wyse, Simpson College assistant director of student activities, said.

The University of Virginia (UVA) is an example of how Greek life went completely wrong.

A November Rolling Stone article vividly described a gang rape at a fraternity party at the university. It stated seven men raped the victim that night, while other members, including her date that evening, egged on each brother. When one male couldn’t seem to do it, the article described the other boys shouting, “Don’t you want to be a brother?”

Imagine your roommate, your sister, your brother or your best friend finding themselves in a similar situation. Would you speak up? Would you fight the vicious cycle of sexual assault among college students?

It was soon revealed that rape and sexual assault had a long history at UVA. The victim in the Rolling Stone article came forward to the UVA administration, but the incident was swept under the rug, just like every other sexual assault case at the university.

“From a Greek community standpoint, I think folks involved in it like to hold themselves to a higher standard, but they are going to allow this kind of behavior or let their brothers or sisters participate in this sort of activity, without even doing anything or keeping it under wraps,” Rich Ramos, associate dean of students said.

But do all sexual assaults happen among Greek affiliated students? No.

Sexual assault happens at any place and time, with anyone. But Greek community members have a responsibility to their schools to stand up against these acts and show students they won’t let behavior like that continue.

How does the UVA Greek community have anything to do with Simpson College? Though Simpson’s Greek community is on a much smaller scale, the issues are still there and need to be addressed and recognized, Ramos said.

Simpson does not have much to report publicly about sexual assault, but doesn’t one wonder if more is happening that no one talks about?

As is on any college campus, but especially a small campus like Simpson, students can find it hard to come forward about an incident because they fear a social backlash.

“As a small campus, where everybody knows everybody, the hope is that somebody else is going to take care of it and I shouldn’t really step in, or I’m not sure if that’s really sexual harassment,” Ramos said. “We get into that whole he said, she said sort of mentality, where he was drunk, she was drunk and there still needs to be an understanding that that behavior is not okay.”

The Simpson community is close knit, making it more uncomfortable to come forward about an issue.

“It’s happening out there more than you think,” Ramos said. “It’s just not getting reported or somebody doesn’t think it was a big deal or well, I put myself in a bad position so I kind of deserved it. We need to change that mentality so they understand that it’s not a position that anybody needs to be put in.”

Ramos said, “I think that our culture just isn’t there yet. Hopefully we’ll get there in a relatively short amount of time, but I just don’t think that we’re at that point where everybody feels comfortable coming forward.”

Simpson is one of three colleges in Iowa to provide a 24/7 confidential support advocacy group. Sexual Assault Response Advocates (SARA) is available for students to call or text about issues they may be experiencing.

SARA president, Jordan Kenkel said, “Sexual assault acts are very prevalent and sexual assault can happen anywhere. I think a lot of people just don’t want to think that it’s going on and that when they are confronted with that issue it is common for them to panic, which is understandable. SARA’s goal is to provide them with information so they can deal with an issue to help a friend.”

“Before we switched to our new support group, we didn’t have as many calls. We had more face-to-face contact,” Kenkel said. “Now that we have our new organization and a new phone number, they can text us instead of just having to call. We have gotten a lot more responses through text.”

“You don’t know a little bit of everything that is going on in your chapters because it is such a huge system and there is so much going on,” Wyse said. “It’s hard to get to the heart of what’s happening because they (Greek chapters) can hide under the idea of where there are a lot of us and a little bit of you (administration).”

At Simpson, each chapter is monitored closely and takes steps to prevent sexual assault issues.

“We have several modules that individuals are required to do that really highlight a lot of those main points on what to look for and how it’s not acceptable once so ever,” Sam Kline, former SAE president said.

The ATO chapter has “pledges go through a membership education process so they are educated a full eight weeks on risk management violations,” Andrew Harris, former ATO president said.

Luke Johnston, former KOY chapter president said, “We go through basic education on what hazing and sexual assault looks like, if someone asks you to do things or you’re told to do things, this is bad you should report it, shouldn’t support it.”

These former presidents agree that Simpson Greek life is not the problem. The group mentality is the problem, Ramos said.

“I think one of the relatively easy things we need to do is create a bystander sort of program so that people realize and understand what it means to be an active bystander as opposed to saying somebody else is going to take care of it,” Ramos said.

The Rolling Stone article said, “If anyone noticed the barefoot, disheveled girl hurrying down a side staircase, face beaten, dress spattered with blood, they said nothing.”

Ramos said staying proactive means addressing the issue if students ever experience it.

“To the larger campus community, be active bystanders,” Ramos said. “Stop it and build that culture that we are going to prevent somebody from being a jerk tonight or we’re going to prevent this person from finding themselves in a position that they don’t want to be in.”