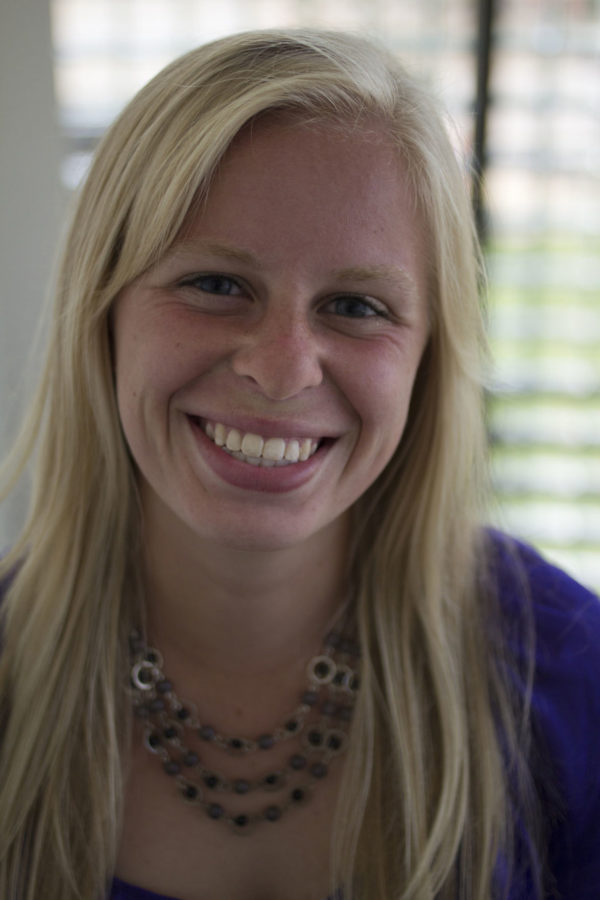 This semester has been a smorgasbord of events which have both divided and united the Simpson College campus. Events from budget cuts to police blotters to politics have been hot button topics for a majority of students.

For some of these events, I just tried to stay out of the way, but I have learned that without people speaking up, even if they don’t know everything about the situation, nothing will change.

I for one, am disappointed with how Simpson announced budget cuts. It seemed like the administration went behind our backs and didn’t feel like we needed to know what was going on.

At a school our size, 15 positions being afffected is a huge deal. We aren’t a large school and it’s not as if we have an overabundance of faculty members.  Yes, budget cuts are a part of life and people will get laid off, but there are better ways to go about doing so.

Have an open discussion, throw out some different ideas and see which ones float and which ones sink; keep people involved. I’m sure it makes things more difficult to do when there are 500 different opinions on how things should be handled, but we are the future of Simpson. If there isn’t money for faculty, where is it all going?  I would love to give back to my alma mater after graduation.  However, if I don’t know where my money will be spent, I won’t be as willing to give.

Keep that in mind when making decisions like this.  My money is the future of this institution and I am not afraid to keep it if there isn’t more openness about where the money and the college are heading.

After the Simpsonian decided to publish police blotters with student names, there was a sudden outrage towards staff on the paper. As a member of the staff, I was started by the outcry. I was honestly surprised people were so upset about it.

Granted, I wouldn’t my name to appear in the school newspaper if I was charged with some sort of crime, but I understand it. Town, city and state newspapers publish charges and convictions all of the time. If I would do get arrested for public intoxication in my hometown, my name would be in the paper.

Would this be an ideal situation? No, of course not. However, at this point in our lives, we should be smart enough to understand what will get us arrested and what won’t. If you’re going act in a way that will get you charged with a crime, you really shouldn’t be surprised if your name shows up in the paper.

A future employer isn’t going to go to the college newspaper and search every name for yours, but they will do a Google search and they will find out whether you have been charged or convicted for a crime. The blotter isn’t going to make or break the students that show up in it.

If you don’t like the police blotter, don’t do something where you’ll show up in it.

I freely admit this is one arena that I don’t know a ton about, especially when talking Iowa politics. Growing up in Minnesota, it has been a blue state since I even started kind of paying attention to what was going on. All of the debates and arguments and divisions that happened this year in state weren’t something I was familiar with.

The race between Bruce Braley and Senator Joni Ernst just seemed harsh and ugly to me. There was no fair play and it was a fight to the death between the two. Each of them had their screw-ups and each one had successes.

Watching commercials for each person, both made me extremely frustrated. Ernst trash talked Braley and Braley complained about Ernst. Commercials like this aren’t new, but for some reason this year they really made me snap.

Today’s politics are dirty to me. There is no honor among thieves and everyone seems to win by showing how terrible the other person is. I want to see an election where they fight by showing their successes and freely admitting their failures. Every person makes mistakes and politicians are no different. They should tell us what they learned from their mistakes not how someone else’s mistake is worse than theirs.

I want to be able to vote for a person who is honest and forthright. If there was actually a candidate like this, I wouldn’t care which political party they were with. Obviously, I would look at what their stances were, but at this point in time, it would just be great to see someone with scruples.

As much as I feel bad for those who had difficulty registering, maybe this is finally the kick Simpson needs to take some steps to improve both the site and the internet.

In this day and age, having as many problems as we do with the internet and Stormfront, is something that will impact the future of Simpson. Many times, internet capability is necessary for homework or online tests/quizzes. Registering for classes becomes difficult when the site shuts down because of traffic.

Simpson should have been prepared for the amount of traffic Stormfront would receive when students were registering. It happens once a semester every semester. It’s not something new.

Simpson talks about how they are preparing us for both expected and unexpected events, maybe they should take some of their own advice because they certainly weren’t ready for something that happens on a regular basis.

This semester has been far more eventful than I had ever anticipated. The budget cuts came out of nowhere and I don’t know that anyone was really prepared for them. I never expected to see so much controversy caused by printing police blotters. Politics I wasn’t too surprised, but I’m just sick of politicians lying and bringing up someone else’s mistakes instead of owning up to their own. The Stormfront crash shouldn’t have even happened and I’m interested to see if anything will actually get changed regarding the website and internet in general.

As exciting as this semester has been, I’m hoping for a second semester which is a little bit calmer. It has certainly kept me on my toes and it’ll be interesting to see what happens in the spring.