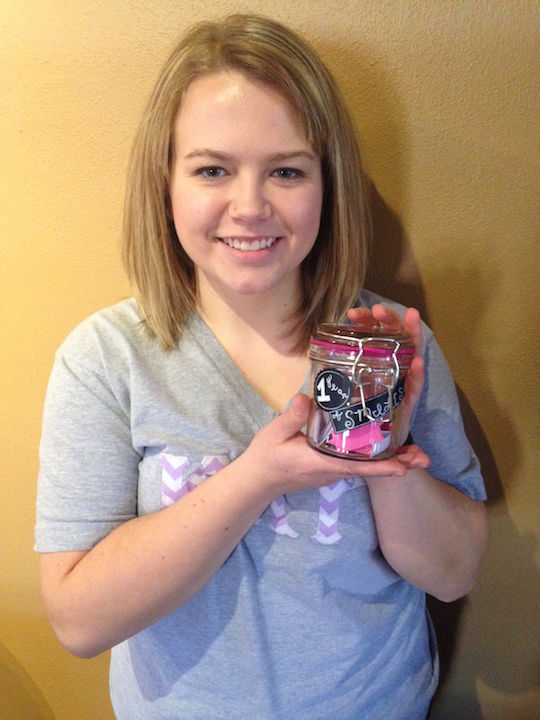 Whether it is to be healthier, try harder in school or not creep on Facebook as often, New Year’s resolutions come around every year. How long they stay around is different from person to person.

Sadly, most New Year’s resolutions last to about the end of January, then it’s back to the regular way of life. The gym tends to be extra full in the first months of the year and waiting for the cardio equipment is normal, no matter the time of day. It gets to be April and May and whichever elliptical you want is fair game.

“I’ve made resolutions since high school since I am a goal oriented person,” Bills said. “Every year it’s different to fit my life that year. This year it’s about personal goals and reflecting on the past and where I want to be in the future. You can’t know what to improve if you don’t recognize what you need to work on.”

Bills said she printed off her resolutions to look at every day to keep motivated. “If I get half I’ll be happy,” Bills said.

She advises other students to make resolutions that are attainable and put it into your routine every day. “People often make too far reaching of a resolution, saying they’ll do something, but it’s not feasible,” Bills said. “Think about how you’re going to do it and work on it every day.”

This is the first year junior Kolby Warren has made a specific resolution.

“For a few years now I’ve been on a journey to better myself, this year I wanted to think about my life more and reflect on it,” Warren said.

Warren crafted her own jar in which she calls her Smile Jar. She reflects every night on something that made her happy throughout the day and writes it down.

“My resolution this year is to smile more,” Warren said. “I’ll fill the jar with things that made me smile and if I’m having a bad day, I can go through and remind myself why I should be smiling.”

She finds herself falling into the weight loss trap every year, but doesn’t continue it throughout the year.

“If you pick the right kind of goal that is measureable and obtainable, you can keep with it,” Warren said.

New Year’s resolutions are difficult to keep going all year. Many people stop going for their end goal after a few months, making resolutions seem ineffective in some eyes. Junior Austin Jacobs thinks resolutions can be accomplished if you want them enough.

“You can just say you are or aren’t going to do something and then not follow through,” Jacobs said. “In my eyes, a resolution is a promise you make to yourself. By breaking a resolution, the only person you disappoint is yourself.”

“Start small,” Jacobs said. “Give up pop or candy or whatever you choose and then move to the big stuff.”

“I try to pick things that are attainable and something that I would want to do to grow as a person,” Jacobs said.

It is a brand new year and it’s not too late to make a New Year’s resolution. They may be cliché, but a new year marks a fresh start to move forward with goals you want to accomplish. Start now and see where you are in May. You might surprise yourself with what you can do if you stick with it.