New May term hopes to improve upon “He Said, She Said” 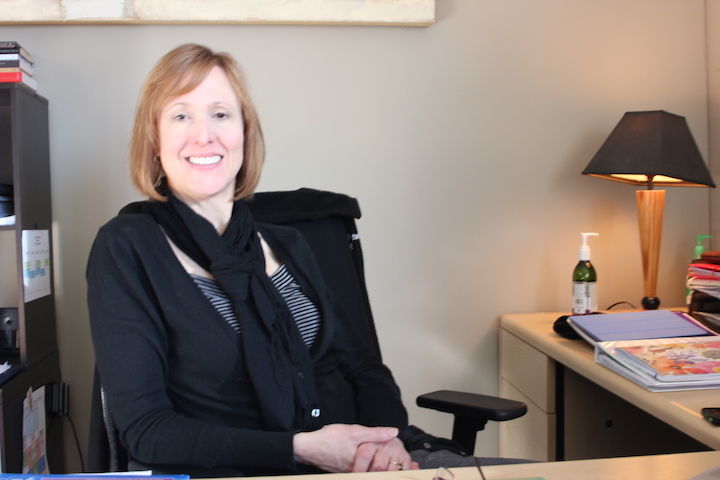 When things went awry during the “He Said, She Said” performance at orientation last semester, Theatre Arts professor Jennifer Nostrala stepped up to change how Simpson College addressed sexual assault. Her idea was to teach a May term class in which students create a performance to replace this year’s hired professionals.

The course, Agents of Change, counts toward the Women and Gender Studies minor as well as provides a Collaborative Leadership credit. It will start with students learning about sexual assault and bystander intervention through readings and guest speakers. Students will then work together to write a script and give a performance for some of Simpson’s stakeholders before being used for the fall 2015 orientation.

“The idea is for [the presentation] to be campus owned,” Nostrala, department chair of Theatre Arts, said. “It’s created for students, by students.”

Nostrala predicts students will take next year’s performance more seriously because it will be coming from other students rather than an outside organization. People who make fun of the performance won’t be able to distance themselves from the performers.

“With an outsider, they come in, do their business, and they’re out the door. These are people that you go to class with, you hang out with, you could see at any point in time,” Nostrala said.

It’s obvious that sexual assault is a difficult topic to address. It becomes even more difficult in an auditorium full of 400 students. The first time anyone on campus saw the program was when it was performed for the first-year students, contributing to the loss of control when it came time for discussion.

An advantage to producing the program within the school is the ability for leadership positions to preview it, eliminating ambiguity surrounding how information is presented.

Annie Collins, a Sexual Assault Response Advocate (SARA), is excited about this factor.

“It would be so beneficial to have a preview of it for the SARA members, for the CA’s (community advisors), for the leaders, anyone who is helping advise the first years,” Collins said.

People have cited numerous problems that contributed to the poor performance of “He Said, She Said” this year. Collins attributed it partly to the vague answers to the audience’s questions the performers provided.

Braeden Ingersoll, a first-year theatre student, said the style of the presentation and the breaks in character caused confusion. The performers jumped back and forth between discussion and the representation of the assault taking place.

“They could have portrayed the situation better and acted better,” Ingersoll said.

One of Nostrala’s biggest disappointments in “He Said, She Said” was how it focused on one situation: a heterosexual relationship with the male assaulting the female. Assault can take on many forms and she is hoping to incorporate more of them through the new program.

It’s important to make sure everyone is included when addressing an issue as serious as sexual assault. Homosexuals and men as victims need to be presented as well.

“The class needs to hit all of the demographics: heterosexual, homosexual, men being victims, women being victims,” Ingersoll said. “This is everyone’s problem and it’s going to take everyone to stop it.”