Students not specifically targeted by police 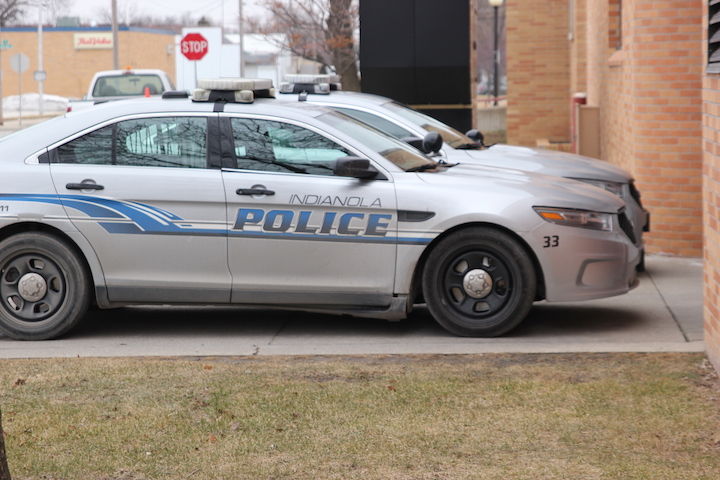 While a common idea amongst some Simpson College students is that they are unfairly targeted by the Indianola Police Department, Chief Dave Button said that is not the case.

“Everyone has their opinion, but I’m curious as to what that would come from,” Button said. “We do not target Simpson students, period.”

Button argued when it comes to police issues, his department does not know the status of the people his officers are dealing with.

“How are we to know that someone is a Simpson student when we’re called to respond to an event or we see something that looks like it needs our attention if it’s public safety related, criminal or medical,” Button said. “We don’t differentiate, we respond.”

Chris Frerichs, director of security at Simpson, said there is a good working relationship between the college and the police department.

“If issues do arise involving students, we work very closely together to help get those issues resolved,” Frerichs said.

While there are no specific numbers from the Indianola Police Department, both Button and Frerichs said it was safe to say that the majority of the arrests involving Simpson students are related to alcohol related incidents.

“I think that ultimately alcohol is the X factor in this whole thing,” Frerichs said.

This can be a concern to students, especially those who walk from place to place on a various weekend night, but Button said for a student to be stopped by a police, the officer has to have a good reason.

“It is safe to say if you’re out minding your own business and not creating a disturbance or drawing attention to yourself, then you’re not going to be dealing with the IPD,” Button said.

Frerichs also said students need to make sure to be respectful, answer any questions that arise and try to understand the circumstances when they interact with the police. The respect comes from both sides – the officer and the student.

“If there are other students that are around​, they should also step up and take some active role in regards to making sure the situation’s getting handled appropriately and correctly,” Frerichs said.

Button did say when large events are held on campus, such as homecoming or a football game, officers will patrol the area more, but said they do they same for any large gathering or event in the town.

While many incidents may happen off campus, open locations such as parking lots aren’t necessarily off limits by the Indianola Police Department. Frerichs said if there are any suspicious activities, officers are allowed to look into the situation.

“If it’s open to the public, even though it’s a private parking lot, as long as there’s public access, yes, they would (be able to),” he said. “They have the ability to cite if they need to for any possible violations that might occur.”

Although both Button and Frerichs said the relationship between Simpson and the Indianola Police Department is positive, they are always looking for ways to improve. With any circumstances, they are available as a resource.

“I would hope that they could go to the chief or they could come to me,” Frerichs said.