Married life: does it work for college students? 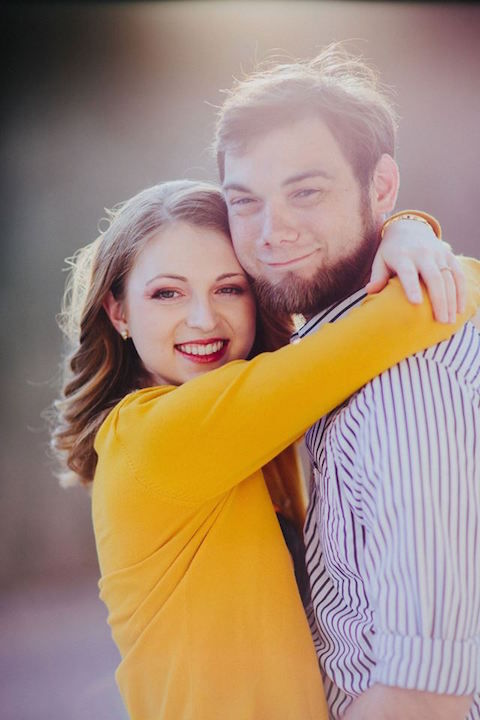 As a married student, one has to learn to balance the pressures of academia and a social life with the additional responsibilities of being a spouse. This can seem to be an almost impossible balancing act.

But for Simpson College senior Kelly Bruett, being married has actually made college easier and far more enjoyable.

“Getting married young freed us up to focus on school, friends and our careers instead of dating,” Bruett said. “We put time into our marriage, but besides one dinner a week, it’s passive; we just end up talking on the phone or when we get home from school.”

“Friends and family were excited, supportive and happy for us,” she said. “Everyone knew that we were right for each other and would make it work, regardless of age.”

With such a momentous, life-changing event, it only makes sense that a person’s lifestyle would change. For Bruett, the biggest change came in her living environment. Joshua, who commutes two-to-three times a week to Iowa State University, and Bruett moved into their own home in Indianola soon after the wedding.

“What I like about being married is that I go home to see my spouse and out to see my friends instead of going home to my friends and out on dates,” Bruett said. “Cohabitation is a little different, but my spouse is like a lifelong roommate that I share more with.”

Other changes to her lifestyle included lending more importance to matters of fiscal responsibility. This included balancing such competing monetary demands as car and house payments versus various organization dues.

“Saving and financial goals are always important but I feel like I think about those more in marriage because we talk about our dreams and goals together,” said Bruett.

In regards to the more social aspect of the college experience, Bruett feels that she is just as involved in campus life as she was before moving off campus with her husband.

“Since I don’t spend any time in the dorms, I do miss out on spontaneous fun,” she said. “But Josh and I spend more time with off-campus friends instead.”

Overall, Bruett believes the married collegiate lifestyle is one with more advantages than disadvantages.

“Being married allows us to focus on our true passions, our education and our careers, because we’re freed from the dating game,” Bruett said. “We get to experience big parts of our lives together like interviewing for our first jobs and deciding what we want to do when we grow up.”

Bruett also emphasized the benefits of living off campus with it being less expensive and more fulfilling. Being married also brings its own benefits in the shape of tuition grants, financial aid and tax returns.

However, Bruett stressed the interpersonal benefits of marrying and living together as college students as being the most important to her and Joshua.

“Instead of meshing two established lifestyles and homes after college, we’re creating one together as we grow up,” Bruett said. “We’re evaluating the best way to do stuff and live together.”

For any couples on campus considering engagement and, subsequently marriage, Bruett had some advice.

“Get the engagement over with. Don’t spend so much time, money and effort for one day,” Bruett said. “Focus on the marriage, not the wedding.”

“Talk about your immediate plans like studying abroad. There shouldn’t be any ‘No you’re married, you can’t do that’ rules or curfews,” she said. “If you aren’t going to encourage your partner to take advantage of college, you’re not ready for marriage.”