Women’s basketball with 1st round exit in IIAC tournament 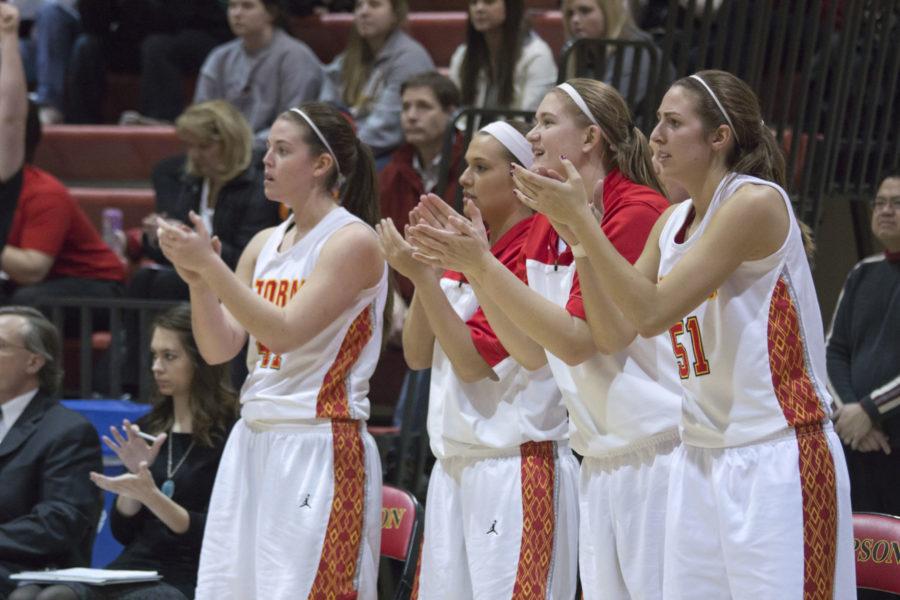 CEDAR RAPIDS, Iowa – The Simpson College women’s basketball team had their IIAC Tournament Championship and NCAA Tournament appearance hopes come to a close, losing 70-64 to Coe College in the first round of the IIAC Tournament Tuesday.

Coe took advantage of a cold Simpson offense in the second half, leading by as many as 17, up 59-42 with 7:18 remaining.

Simpson showed fight, hitting some late threes, although it was too little, too late as the Storm saw their season fizzle out, losing by six.

Brittany Hedrick had a game-high 21 points, making 5-6 on 3-pointers in the losing effort.

Megan Hayes scored 16 and Aleena Hobbs had 13 for the Kohawks.

The Storm shot only 9-28 from 3-point land as a team, and only 5-9 from the free throw line, getting to the line 27 fewer times than Coe.

Simpson was only outrebounded, 40-37, although it was yet another game in which the Storm fell short in that category.

Simpson lost its third game with the Kohawks this season who will head on to face No. 2 seed, Luther College on Thursday.

According to the IIAC coaches’ poll, women’s basketball was projected to finish No. 1 in the IIAC at the beginning of the season.

While the season didn’t live up to that expectation, barring any injuries or transfers in the offseason, Simpson will return every player who earned varsity minutes this season.